Put your skills and knowledge into practice by completing an industry placement from your first year of study.

With opportunities to make new connections, be more job-ready and gain credit towards your degree, completing an internship will prepare you to hit the ground running.

Due to the COVID-19 public health situation, all industry placements should be ones to support remote placements.

For more information and to register, visit our Sharepoint site.

WHY CHOOSE AN INTERNSHIP?

Credit toward your degree

Gain experience in the real world

Open up a world of opportunity

Where WIL can take you 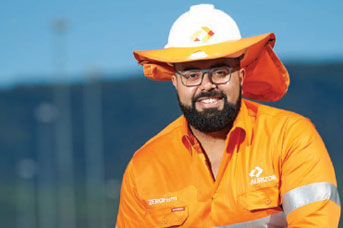 Graduate on track for an electrifying future

For Reza Akbarzadeh, the sky’s the limit when it comes to his career - "as an electrical engineer you can basically go anywhere in the world for work where there is electrical power,” said Mr Akbarzadeh. 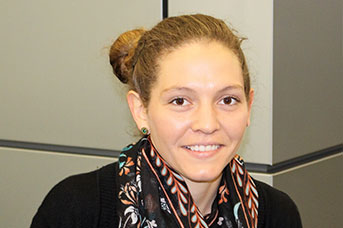 Analeigh Angus completed a highly successful three-month tenure with Rio Tinto to fulfil course requirements of her Industry Affiliates Program (IAP). “For us what was important was the synergy between Analeigh’s academic objectives and some of our business objectives, so it was good to find a project which addressed both.”

The 2013 Sarina State High School graduate, Analeigh Angus, is viewed by the company in the highest regard, with her ability to analyse, interpret and advise on complex, operational procedures seen as a defining characteristic.” 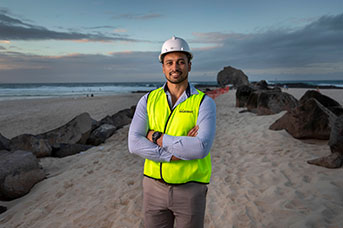 At one point in Giovanni Rapana’s life, rugby league or concreting were the likely career options before him. But despite his obvious talent on the footy field and the stability of a family business to rely upon, the Gold Coast local knew there was more he could accomplish.

"I felt that I was cheating myself. I knew I had more in me" says Rapana, who subsequently enroled into a Civil Engineering degree at Griffith University in 2017. And he did it all while working full time and with a young family of three at home. Since then, he has taken up his new role with the City of Gold Coast as a Senior Project manager, where he works on a number of coastal infrastructure projects.

School students look to Griffith for STEM based solutions

Queensland primary and high school students explored the limits of science and technology at recent...

The garden of a Gold Coast primary school will be overhauled with a landscaping design created by a...

To Learn more about how to engage with us, get in touch