Get a real (and not reported) understanding

People don’t always tell you what they do; and they don’t necessarily do what they say.

It is not that people lie about their behaviour, the problem may be their ability to recall information. A study has revealed that within one hour, people will have forgotten an average of 50 percent of the information presented. Within only a week 90 percent is completely forgotten. So why are we still relying on self-report methods such as surveys and focus groups to retrieve information about our target audience’s behaviours? Shouldn’t we be using alternative methods? Social Marketing @ Griffith goes beyond self-reports to get an accurate understanding of the bigger picture before we commit to program planning and advising our partners.

Researchers need to ensure their findings are the most accurate as possible. Formative research digs deeper to understand how people behave and what might motivate them to do so. For years academics have debated the pro and cons of different methods of collecting data for formative research. 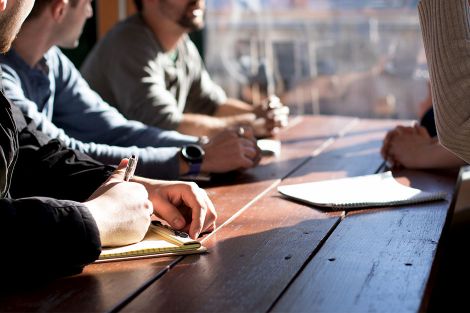 Self-report methods ask participants in the study to reflect on their own behaviour. This may be completed through surveys, questionnaires, interviews and focus groups. These methods rely heavily on participants’ awareness of their own behaviour. Including their ability to recall information about these behaviours in detail. Essentially, when individuals draw upon these reflections about their past behaviours, their account may only contain what they will admit to doing and what they can remember doing. In some cases, people may have the tendency to only report things that reflect a positive self-image. 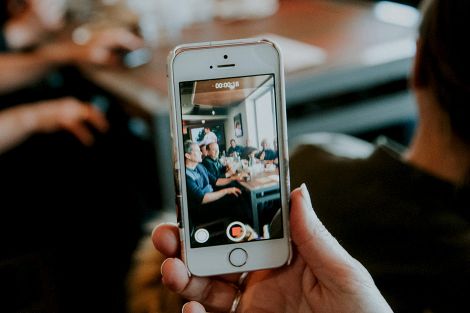 Visual observation is ‘direct’ allowing researchers to witness the behaviour firsthand in its natural setting. However, numerous studies reveal that visual observation techniques have rarely been used. Observation gathers data through visual or technological means. For example, by sitting and watching and taking notes, or filming, or photography, or through a computer that records behaviour (such as journeys on public transport, purchases in supermarkets).

"Humans are unpredictable and often say one thing, yet do another. Observation gives you the chance to see exactly what consumers are doing when confronted with an array of choices." -The Upfront Analytics Team

This guide is written to provide step-by-step directions on how to successfully conduct visual observation within your behaviour change research. Following these 6 easy steps, you will gain a better understanding of the specific behaviours that contribute to the social issue you are tackling, and discover ways to capture more accurate behavioural data.

Previous studies had shown that military personnel often made food selections that were not healthy which lead to poor health and performance. Here, we will guide you through our own study, ‘Go Food’ (conducted in 2014).  This example shows you how we applied visual observation to understand food selections made by people in a military dining facility.

STEP ONE - Research: defining the objective

To start, you need to establish the purpose of the study being conducted, and how you plan to obtain the ‘right’ type of data.

How we did it in Go Food: The purpose was to understand what food choices personnel make when given a number of options in a dining room. We had already interviewed participants in the study to discuss their eating preferences and behaviours and we had also examined their food environment to understand the opportunities and barriers for healthful eating. We considered that using self-report methods would be subject to social desirability (everyone says they eat well!) and would also risk asking individuals to recall behaviours they may not have been fully aware of or did not memorise (did I put beans on my plate?).

Many different behaviours can be happening in any given scenario. This step requires you to establish what specific behaviour you plan to measure and how.

How we did it in Go Food: Go Food was concerned with recording the presence or absence of particular behaviours. The study examined food selections and selection patterns and particularly what healthful or non-healthful choices were made by participants. These ‘related behaviours’ contribute to participants’ risk of health problems and can impact their performance. Here, we will guide you through our own study, ‘Go Food’ (conducted in 2014).  This example shows you how we applied visual observation to understand food selections made by people in a military dining facility.

Behavioural Dimension for Go Food (Refer to the table below) 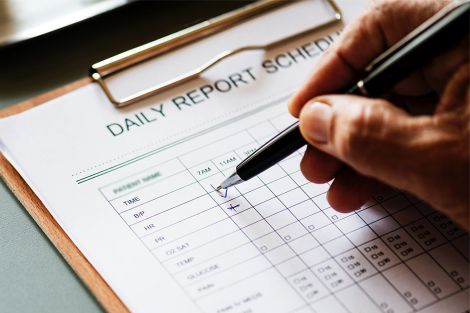 Monaghan et al. (2012) recorded how many citrus workers wore protective eye glasses during visits to fruit groves. Researchers recorded whether each individual was wearing glasses or not. Less than 2% of workers wore glasses even though most employers provided them. A program was designed to increase the usage of protective eyewear in order to reduce eye injuries during citrus harvesting. 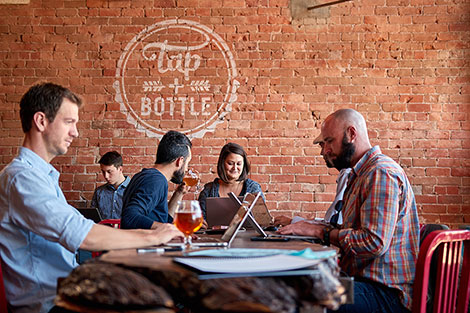 Sharyn Rundle-Thiele (2009) observed alcohol consumption in licenced premises. Observers began by manually recorded details of the setting (diagram or photo). Followed by recording details of each drinking episode. Individuals were visually tracked from when they first entered the facility and until the time they left. Observers recorded each drink that was ordered, drink type and other factors such as whether they drank water or ate a meal. The data was then used to calculate the number of standard drinks consumed, enabling comparison with guidelines for safe alcohol consumption. 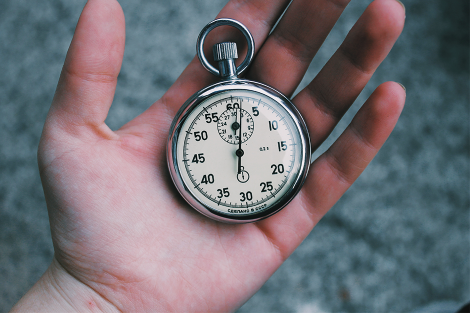 Garus-Pakowska et al. (2013) observed handwashing behaviours in a hospital to determine whether physicians and nurses adhered to the safety requirements for the prevention of the spread of diseases. A researcher accompanied a medical staff member and recorded all tasks were for 1 hour. A stop-watch enabled the researcher to calculate the duration of events. Researchers observed whether or not handwashing occurred, the length of time spent handwashing, and if alternatives (such as gloves) were used. Results revealed that only on 5.2% of occasions was the procedure adhered to, and the time spent washing hands was significantly below what was recommended.

Bernado et al. (2015) used observation to explore nutrition and diet quality. The study took place in a self-service buffet, where diners chose from a large number of dishes and paid according to the weight of food chosen. Diners were approached after they had finished their final food selections. Researchers photographed the food, then classified the dishes according to the World Health Organisation (WHO) and national government criteria. Then a health scoring system was applied which allowed them to determine which selections were more or less healthful. The study showed that many diners obtained a low score indicating one or more of the recommended food types were missing. 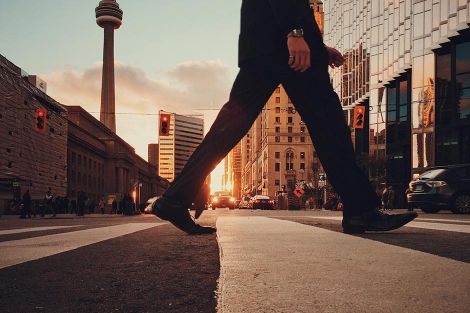 Increasing the walkability of urban neighbourhoods increases the liveability of suburbs, reduces traffic and provides more opportunity for physical activity. Kim (2015) observed 139 pedestrian journeys from train station to final destination to explore walking behaviour. Kim mapped the route taken, walking speed, distance and activities engaged in during the journey. Kim’s observations showed that pedestrians often walk much further, often not taking the shortest of fastest route even when directly going home. Instead, they take main streets, or stop at shops or cafes, engage with others socially or utilise street furniture like sitting on benches. This indicates that walkability and liveability incorporates more than the shortest route. 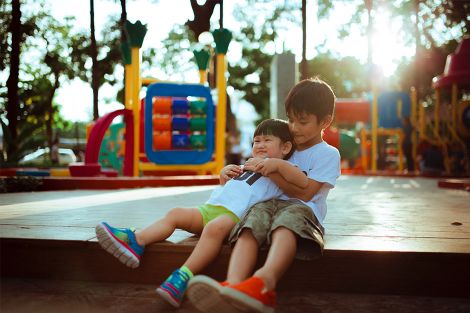 Physical environment- Child et al. (2014) observed over 16,000 public park patrons in San Diego, noting the level of physical activity performed, the type of park area (eg.  Paths, courts, pools) and other environmental features such as whether the area was supervised, open, in good working order and if activities were offered. These observations helped researchers understand what features support or promote physical activity.

Human/Human (interaction)- Townsley and Grimshaw (2013) looked at aggression and violence in a nightclub. The study involved pairs of trained observers conducting observations for 2 hours at a time in various nightclubs. Observers discretely noted details on their phones. They recorded measures of aggression or violence as well as measures of: crowding, queuing and other social variables such as the level of noise from music and voices, sexual activity, contact, competition and permissiveness. Individual accounts were compared. The study showed that crowding has an impact on the frequency of aggression, even after taking into account other factors (such as level of noise from music and contact).

Initial visits to the research site enable you to understand the features and dynamics of the environment. From this, you can devise a strategy to systematically capture data that is meaningful and feasible.

The more accurate the persona the better the understanding of what type of product/service and communication will resonate with the persona.

After visiting the research site, you must identify what recording method will be most suitable– will it be manual, technological or both? It is important to organise the most appropriate recording method to ensure it captures data clearly and efficiently. Additionally, you will need to organise key people that may be required to assist with the data collection and define each of their roles clearly.

Key insight: It is important to check that there is no potential biases that could affect the data. Important factors to keep in mind: validity, reliability and feasibility.

Once the research has commenced it is important that all data is noted in a clear and concise manner.

How we did it in Go Food: We developed scoring resources assisting us with the efficiency and time constraints we were under. We also used a high quality DSLR camera to capture photographs of meals quickly and in high definition/quality, leaving the more time consuming counting of what was chosen for later.

The final stage requires analysing behavioural occurrences, interactions, responses and patterns. Behavioural dimensions should be accounted for when assessing the data for example:

How we did it in Go Food: Each of the dishes offered was classified into one of three groups based on the Australian Dietary Guidelines. The choices on each plate photograph were then counted. The study revealed that the main choices were often the least healthful (red) category and side dishes mostly the most healthful (green). But diners always chose a main, but didn’t always choose many sides. From this, it was suggested that providing more healthful options for main dishes would assist diners. Other key insights related to the dining room layout and food selection process. Patterns showed participants walked directly to the hot food counters (least healthful dishes) first and then to the vegetable, salad and fruit counters (most healthful). This suggested that the process and way individuals interacted with elements of the dining room could influence food selection. 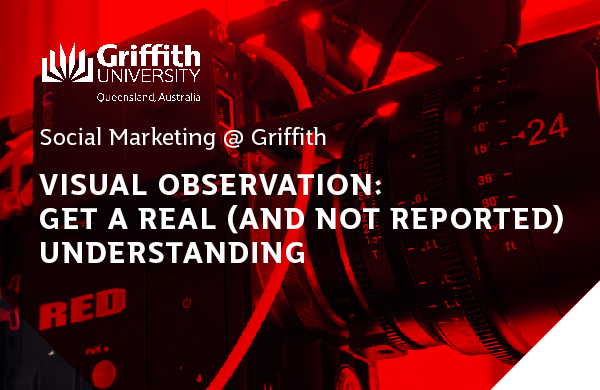 We collect your details to provide you with a range of resources and services to help you improve your marketing efforts. You will receive these and other communications via email. For more information about how we treat your data, check out our privacy policy.

We collect your details to provide you with a range of resources and services to help you improve your marketing efforts. You will receive these and other communications via email. For more information about how we treat your data, check out our privacy policy.