The Kieran Ricketts Scholarship in Film and Screen Media

This Scholarship will honour Mr Kieran Ricketts, a highly regarded and accomplished alumnus of the GFS, Griffith University, who passed away in 2019. The establishment of this Scholarship will continue Mr Ricketts’ passion for Film study and serve to inspire GFS students to complete their degree, especially those experiencing financial hardship. 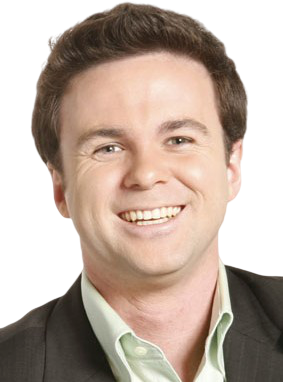 To be eligible you must:

What do I include in my application?

To be considered for this scholarship you must complete the following sections within the application:

You must upload the following in the supporting documentation section. (Please use only the following formats- pdf, word, jpeg or excel. We can only guarantee these formats will be accepted)

*Priority will be given to students who are not in receipt of any other scholarship funding.

Payments are made up to six weeks after the Census Date subject to maintaining ongoing eligibility.

This scholarship has been created to ensure the talent, passion and creativity for storytelling that Kieran Ricketts possessed is fostered and valued in other gifted students.

Kieran’s tragic death in 2019 has reverberated through and changed his family’s, friends’ and colleagues’ lives. All have been touched with his humility, empathy and humour, as well as his enthusiasm and passion for life. He generously shared his talents with other like minded people and patiently mentored anyone who asked for help. He inspired others and enthusiastically embraced new technologies and all they had to offer. Kieran’s bar was set way beyond any ordinary person and this brought many difficulties to his mental health. This remained a constant throughout his high school, uni and career life. Kieran’s family hope that this scholarship will help like minded students to alleviate some of the financial and psychological pressures that Kieran struggled with.

Kieran was born in Lismore NSW and was educated and lived in Tweed Heads NSW for his formative years. After leaving school he worked for two years to raise funds to attend university. In 2003 he commenced a Bachelor of Film and TV Production degree at Griffith University. After completing one semester, he found the financial and psychological stresses that university life brought overwhelming and worked full time while attempting a part time load, even though he was oozing with talent and enthusiasm.

In 2004 he reluctantly returned to Tweed Heads and worked in retail to support himself. For a creative and talented person this was soul destroying. Then in 2006 as a mature student, Kieran took a big step financially and emotionally to return to Griffith. He enrolled in a Bachelor of Communication degree majoring in Film and Media Studies and Screen Production. With maturity and determination, he maintained a high GPA throughout his degree. He immersed himself in many of the opportunities that the Uni provided and was awarded a Griffith Award for Academic Excellence in 2008-2009.

In the final semester of his degree Kieran secured his first job in the industry on a ground-breaking new show called Hungry Beast and was selected from over one thousand applicants. The creator of the show stated that Kieran stood out for two reasons; his show reel was polished, imaginative and clearly wanted to be the best in his craft. He worked on Hungry beast for two seasons and then a career in the new TV channel – NEWS 24 in it’s debut year continued on from this.

He worked his way through the ABC gaining experience and eventually took on the massive role of Digital Executive Producer of all of the ABC’s current affairs programs. At the end of 2016 he left the ABC to pursue a more creative life away from the organisation. He immersed himself in writing and performing music, screenplays and creating online news commentaries. At the time of his death he had returned to the ABC to develop and produce a new program that told stories about Australia in an innovative way.

Gaven Morris, Director of News for the ABC said in Kieran’s eulogy;

“He had a determination for justice… for the voiceless. He was a passionate storyteller of stories that needed to be told. Kieran somehow knew how to tell them in a way that connected with today’s audiences. Every fibre of his being wanted to make the ABC better, to move us along and to do it now. Simply, he saw things differently to the way the rest of us see things. His passion, vision, energy and enthusiasm for all that he did, and all those he loved bursts from him.”

In the last year at high school he was asked – how do you want to change the world? Kieran replied, “I don’t want to. I want to add to it.”

Noticing details that others didn’t, telling real people’s stories, adding to the world, making it richer. This was what we wanted to achieve out of life. His family hope that the recipient of this scholarship will be able to continue his legacy with a little help from Kieran’s scholarship.

If you are having thoughts of suicide or know someone who is it is important to support and assist them in contacting help.

To remain eligible for the scholarship, applicants will be required to–

The above conditions are verified each trimester at Census date. If a scholarship recipient fails to successfully meet these conditions, scholarship payments may be withheld, or the scholarship may be terminated.

The recipient must be willing to have his/her name and photo published, in promoting this scholarship and the Griffith Film School.

The recipient must be willing to attend an event to meet the donor.

Applications, including any supporting documentation, must be completed and submitted by the closing date.

Offers are made via email.

Applicants may be shortlisted and be required to provide additional information.