We use a combination of field and laboratory-based experiments and meta-analyses to test hypotheses about jellyfish ecology. Discover the major research themes our laboratory focuses on.

Some jellyfish species seem to thrive in highly perturbed environments and this has fuelled claims that anthropogenic stressors cause jellyfish blooms. We use rigorous experiments to test hypotheses about how jellyfish respond to a variety of anthropogenic stressors including ocean warming and acidification, hypoxia, UV radiation and chemical and plastic pollutants. Our experiments are carefully designed to ensure their environmental relevance. For example, experiments on hypoxia and acidification incorporate diel cycling in pCO2 and pO2; we test the potential interactive effects of multiple stressors; and we use environmentally relevant concentrations of pollutants. Moreover, we aim to work on a variety of jellyfish species, including problematic and non-problematic taxa, to determine the generality of responses of jellyfish to anthropogenic stressors. 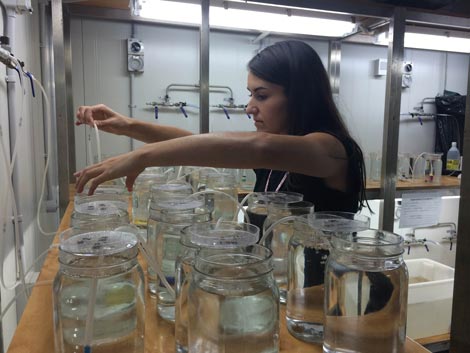 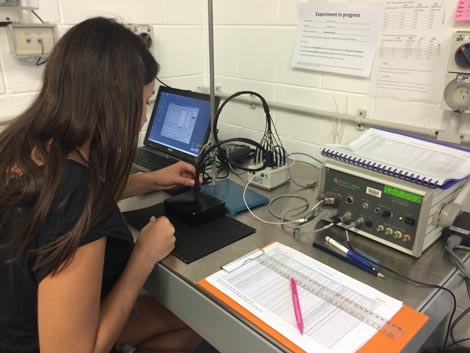 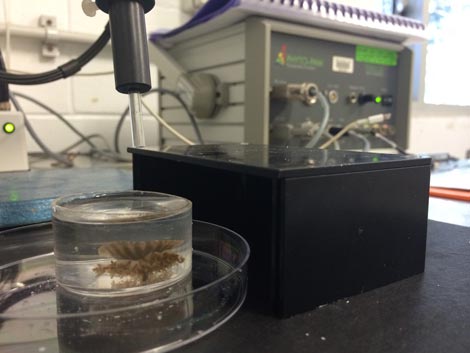 The role of jellyfish in supporting biodiversity in the ocean

A great diversity of organisms associate with jellyfish including microalgae (zooxanthellae), trematodes, anemones, crabs, ophiuroids, barnacles and fish. Relationships between jellyfish and their associates include parasitism, commensalism and symbiosis, sensu stricto. We use a combination of field observations, molecular (e.g. genetic) and chemical tracer approaches (e.g. stable isotopes) and laboratory-based experiments to study the relationships between jellyfish and their symbionts. By acting as hosts for a diverse array of associates, jellyfish probably have a major role in supporting biodiversity in the ocean. 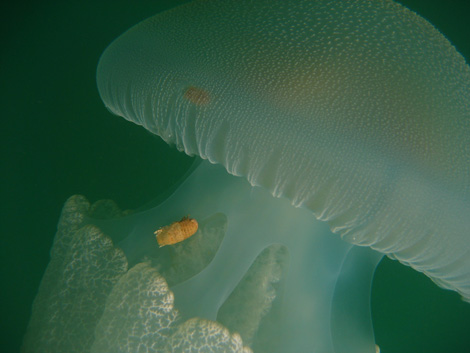 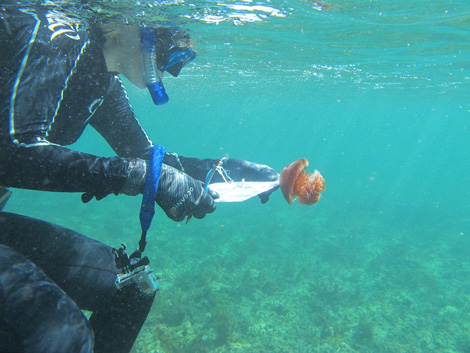 Jellyfish are voracious predators and can influence the composition and abundance of the zooplankton communities on which they prey. We use a variety of approaches to study trophic relationships of jellyfish, including experimental mesocosms in the field and chemical tracer approaches such as stable isotopes and fatty acids. 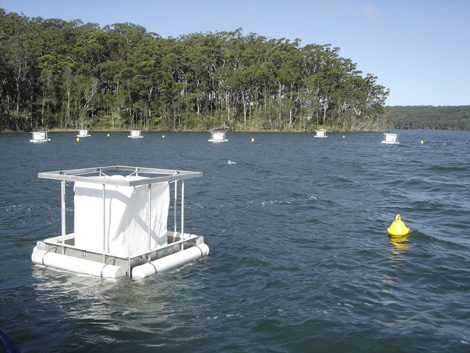 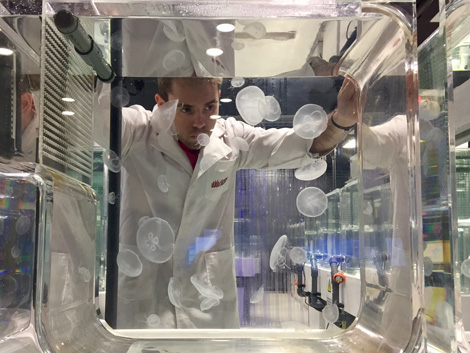 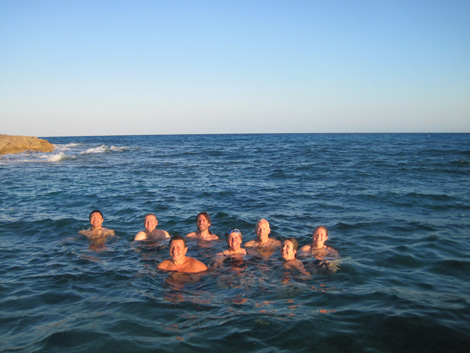 Climate change is causing many marine species to shift their distribution polewards. The concern is that Irukandji jellyfish may extend their range into sub-tropical waters and impact the lucrative beach tourism industries of southeast Queensland. Evidence to support or refute this hypothesis, however, is very limited and we cannot yet predict how Irukandji jellyfish will respond to climate change. We use laboratory-based experiments to test the responses of Irukandji jellyfish to climate stressors, including warming and ocean acidification. This research will inform us about whether Irukandji jellyfish are likely to occur in southern Queensland waters in the near future 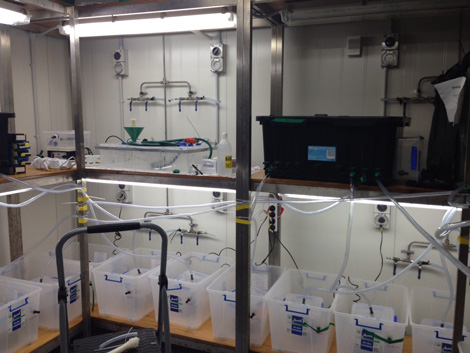 Role of jellyfish in nutrient cycling 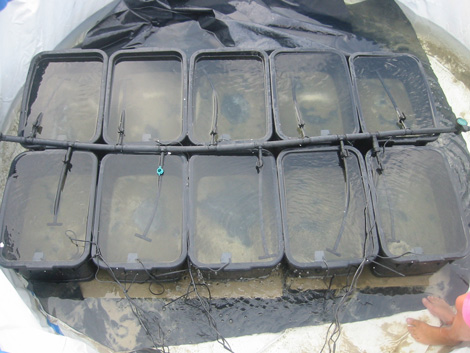 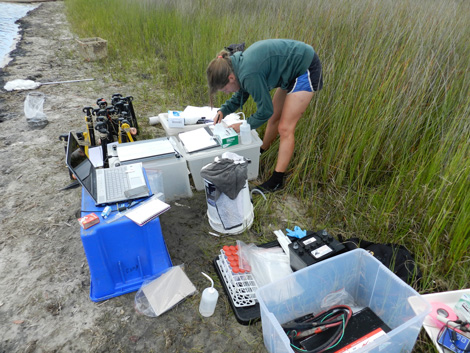 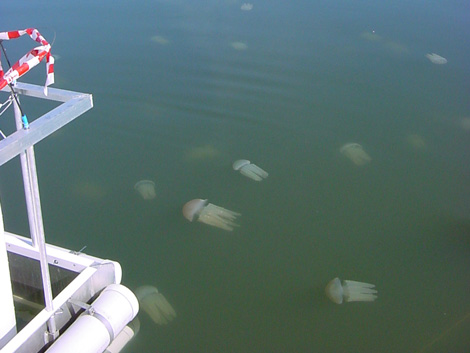 Are you interested in collaborating or joining our research team?

The Griffith Sea Jellies Research Lab is always keen to pursue new collaborations. If you are interested in collaborating or undertaking your PhD or honours research with us then please contact Associate Professor Kylie Pitt.

Find out more about HDR Scholarships.