Bachelor of Engineering (Honours) in Electrical and Electronic Engineering

Thomas Ireland was fascinated by how things work from a young age. As a child, he regularly pulled apart his toys to try and understand how they did the things they did. Captivated by the engineering and mechanics of them, he was never satisfied with accepting surface level answers from his family and a definitive answer as to why and how they worked was always required.

By year four, his most prized possession was a science kit that allowed him to build various electronic circuits that did all sorts of cool things. Fast forward through to the end of high school and Thomas’s strongest subjects were unsurprisingly the Maths and Sciences.

He was drawn to the possibility of using his knowledge to better the world in one way or another, so applied for the Bachelor of Engineering at Griffith University, majoring in Electrical and Electronic Engineering.

“The potential in the technology sector was no surprise to anyone and I wanted to be involved,” Thomas said.

The pathway to space

Before unknowingly embarking on a life changing placement, Thomas took a leave of absence from his studies to establish his own successful small businesses.

“I was doing quite well for myself, however reached a point where I was just working for money and I wasn’t passionate about what I was doing.

“I decided to finish my studies because I wanted to really make an impact on the world and do something meaningful.” Thomas said.

This decision ultimately set the course for his career, as shortly after returning, he sourced his own study placement at Gilmour Space Technologies, a venture-based rocket company on Queensland’s Gold Coast and was later offered a permanent role.

“Griffith had listings of companies that were offering placements, but I had heard about Gilmour myself and contacted them in the hope of a placement opportunity. I was thrilled when they replied and acknowledged Griffith’s excellent Work Integrated Learning program, which ultimately secured my placement there," he said.

Thomas was hired by Gilmour Technologies as an Avionics Engineer, a role comprising electrical design, electronic design and embedded software development. He soon realised he was drawn towards software development and was fortunate to grow his skills on the job and transition to a role with significantly more responsibilities as a Software Engineer.

He is currently working with a team to design and build the ‘Eris Orbital Rocket’ vehicle (rocket), set to launch into Low Earth Orbits (LEO) from 2022.

“What we’re doing isn’t an easy task and is what I believe to be one of humanity’s most significant achievements of to date.

“Our success relies upon tight integration of many engineering disciplines such as mechanical, propulsion, avionics and software. Alongside our engineering development, we have many other teams of people involved to make this all happen, " Thomas said.

Thomas couldn’t have predicted his career would focus on sending rockets to space, however credits the underlying principles and skills learnt in his degree to his out of this world experience.

“Engineering is a very direct application of everything you learn, allowing you to creatively solve problems in the world. You’re involved from the conception of an idea, to testing iterations of prototypes, to the manufacturing of the final product.

“It’s a great feeling to see your ideas come to reality. I never dreamed I would be working for an aerospace company and consider myself very luck to work with such incredible people in the field," Thomas said.

During his studies, Thomas relished in the support of his teachers, administrative support staff and mentors, whose purpose was to support his learning and growth.

“My advice to all students is to utilise their Griffith support network as much as they can!

"You’ll never annoy your lecturers by asking too many questions or visiting them for help. They appreciate their students to be passionate and interested in their fields of expertise,” he said. 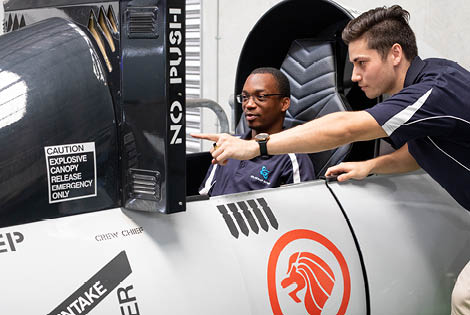 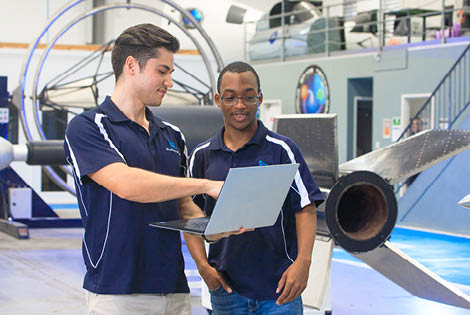