Micro and nanotechnology for the diagnosis and treatment of diseases

Micro- and Nanotechnology for the diagnosis and treatment of diseases

We focus on multidisciplinary research at the interface between chemistry, nanotechnology, biology and medicine

The primary goal of our research is to advance the diagnosis and treatment of life-threatening diseases such as cardiovascular diseases, cancers and blood disorders with the help of nanotechnology and microfluidics.

The early detection and accurate characterization of life-threatening diseases such as cardiovascular disease and cancer are critical to the design of treatment. Knowing whether a thrombus in a blood vessel is new/fresh or old/constituted, and whether a tumour mass has hypoxia region is very important for physicians to decide a treatment protocol. We develop smart magnetic resonance imaging nano-sensors that can detect, sense and report the stage or progression of cardiovascular diseases such as thrombosis, the leading cause of death in Australia and worldwide.

Nano-theranostics of life-threatening diseases such as cancer, thrombosis, cardiovascular and inflammatory diseases

Theranostics is the combination of therapy and diagnosis in one dose. We have projects aim to develop smart nanomedicine with incorporated diagnostic sensor and external stimuli-responsive treatment mechanisms for thrombotic diseases. The nanomaterials will have magnetic resonance imaging (MRI)-based sensor mechanism that cannot only detect, but also sense and report the stage or progression of thrombosis, the leading cause of death in Australia and worldwide. MRI is a widely-available imaging system in clinical settings. The nanomaterials will also be designed to deliver therapeutic solution specifically to the disease areas in a control manner upon being stimulated by external factors such as near-infrared light and ultrasound.

We have projects investigate novel approaches to develop nanomaterials which combine both therapeutic and diagnostic capabilities for inflammatory diseases in one dose. Inflammation is part of the complex biological response of body tissues to harmful stimuli, such as pathogens, damaged cells, or irritants. Chronic inflammation might lead to a host of diseases, such as hay fever, periodontitis, atherosclerosis, rheumatoid arthritis, hepatitis, liver disease and even cancer. For example, in atherosclerosis, inflammation plays a key role in all stages from initiation of plaque development to transition of a plaque from stable to a rupture-prone state.

Currently, there is a lack of effective therapeutics for internal bleeding following a traumatic event. In this project, novel reversible blood clotting nanomaterials will be designed to be able to hunt for internal injuries and bleeding and then stop the bleeding quickly.

Cardiovascular diseases on the chip

Every newly developed drug needs to be tested through several rounds of animal testing before they can be tested on human. However, a rodent or chimp’s response to a medication does not always translate so smoothly in a person. This project aims to develop chips that mimics the biological processes of cardiovascular diseases, which allows fundamental investigation of the disease, diagnostics of the diseases, and also allows testing new therapies freely on “subjects” without harming any living creatures and lessen the need for animal testing.

This theme develops novel strategies for targeted cell delivery and also cell tracking in vivo using modern imaging techniques such as magnetic resonance imaging and photoacoustic imaging. Homing of effector cells to disease sites increases the efficacy of regenerative cell therapy while reducing the number of cell required. In vivo cell tracing provides an impactful approach to observe non-invasively the migration and engraftment of therapeutic cells such as stem cells. A suitable imaging strategy to track cells would allow understanding of homing efficiency, optimal route of delivery and engraftment of cells at target site. 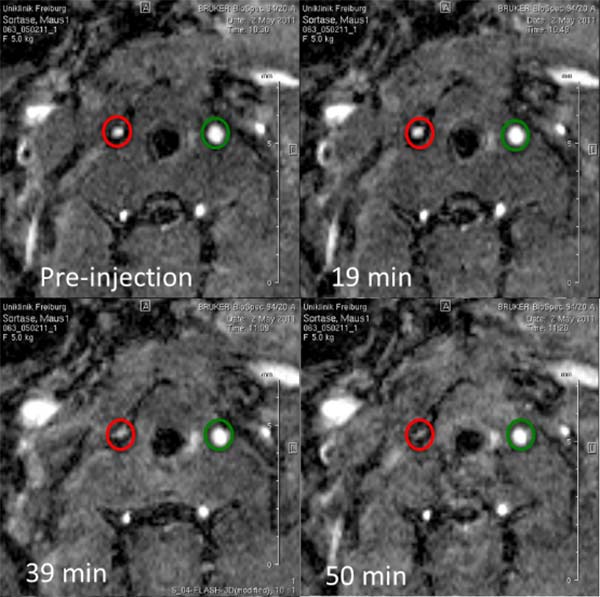 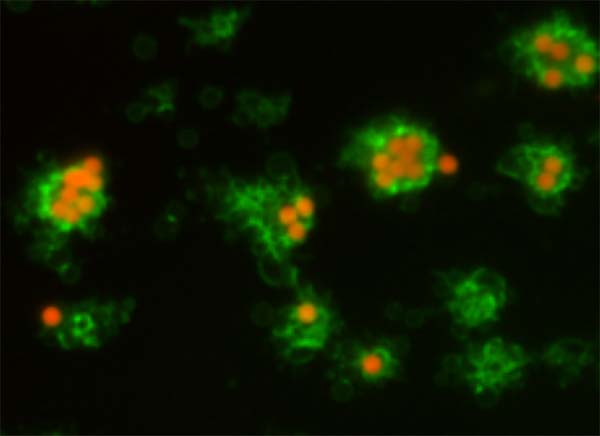