The Unit’s vision is to advance global knowledge about human cultural evolution during the past 50,000 years and to highlight the importance of rock pictures as datasets that provide unique insights into the past, especially since the end of Pleistocene. Ancient DNA studies, paleoanthropological, archaeological, anthropological and other research is also a key part of PERAHU’s research program.

Made entirely using 3D models, The Final Passage is an uninterrupted journey through the Chauvet-Pont d’Arc Cave whose steady development approaches the experience of the first humans who spent time in the cave 36,000 years ago. An uncut sequence-shot filmed with a subjective camera allows us to discover in an immersive manner one of the greatest sites of human history. Lions, mammoths, rhinos, bears and half-human - half-animal figures come to life in this never-before-seen, hyper-realistic digital reproduction. Discovered in 1994, the Chauvet-Pont d’Arc Cave has proven to be extraordinary, enormous, and sumptuously beautiful. Today it is recognized as one of the oldest underground sanctuaries in the world.

“In the form of an introspective journey through the world of Rock Art, in the heart of the first art that ever existed, this exclusive online release of THE FINAL PASSAGE is a timely event, symbolic of the depth of roots common to all humanity, inherited from time immemorial. In the surroundings of the Chauvet Cave, humans had to face hardships and survive in a world they could not control, just as the corona virus is reminding us today.” --Jean-Michel Geneste, Archaeologist

The newsletter of the Getty Conservation Institute

The PERAHU Indigenous Advisory Committee is an important reference group for our work.

This symposium aims to bring together people to reflect upon unique events, ideas and trajectories in the history of Australian rock art.

Explore our extensive lists of publications.

PERAHU members work closely with Australian Aboriginal, Torres Strait Islander, Indigenous Southeast Asian and Chinese communities as well as academics across the region. We have particularly strong ties with communities in various parts of Queensland, the Northern Territory and New South Wales. Here is what two of our close Aboriginal colleagues have to say about the importance of rock art: 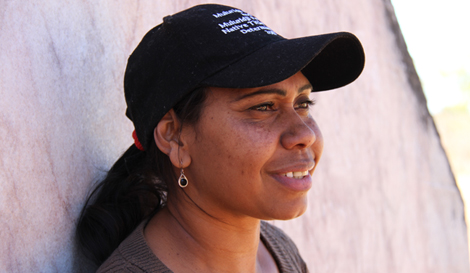 I am Carol Chong, a Wakaman woman from North Queensland. Wakaman traditional country stretches from the Chillagoe limestone bluffs west and south across the Tate River and takes in some southern parts of the Etheridge Shire.

Rock art is very important to the Wakaman because it tells the story of our people. Rock art marks our very sacred landscape, and the symbols contain our totems that connect us to our ancestors. Rock art is our record and our keeping place of our knowledge, lore and culture. Rock art is a powerful link between our country, our past and our people, and we want to protect and preserve it for future generations of Wakaman. 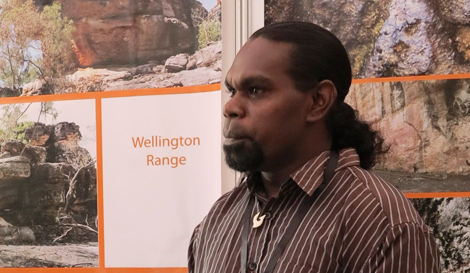 I am Cecil Namunidjbuk and I come from a place called Amorran on the Northern Territory coast, south of Goulburn Island, Australia. My clan estate includes part of the nearby Wellington Range where there are hundreds of rock art sites. Our rock art sites are like history books to us that have stories to pass on to future generations. This is why it is important to protect these places.

With more than 100,000 rock art sites believed to be scattered across Australia and the possibility of even more unrecorded galleries, Professor Taçon knows that time is running out to safeguard many of these ancient survivors. You can help support this remarkable work.

Centre staff are international leaders in the area of rock art, history and cultural evolution

Rock art is a cultural gift from our ancestors.
—Kofi Annan

Between 2005 and 2011 the Getty Conservation Institute organized a series of rock art management courses and workshops as part of the Southern African Rock Art
Project (SARAP) in collaboration with various southern African organizations. From 2012–2014 the project was extended to include an exchange program between rock art specialists, managers, and custodian communities from southern Africa and Australia. In 2014, a Forum was held in Kakadu National Park between African and Australian rock art colleagues as a culmination of the learning from the SARAP and the African–Australian Exchanges.

This document is the result of the deliberations from this work, including strong input from traditional owners of rock art sites and the participation of the Trust for African Rock Art. All of the experience of the work in Africa and Australia and the knowledge of those who participated in activities widely across both continents is reflected in this document.

While the document in its present form focuses on experience of examples from Africa and Australia, it sets out a vision for the future conservation of rock art which will be relevant to rock art conservation in many regions of the world. The issues it identifies and the foundation principles and actions it proposes are based on
internationally recognized and well-founded conservation management principles. It is hoped this document will be widely disseminated, used, critiqued and over time be adapted and improved.

Digital archaeologist Andrea Jalandoni has received a national fellowship that will support her pioneering fieldwork around the globe.

A Griffith archaeological science student, testing new ways to identify where items from collections have come from, has been awarded funding to continue her exciting research.

ARCHE helps rewrite timing for first humans out of Africa

Scientists from Griffith University have played a crucial role in helping an international team of archaeologists rewrite the timeline of human evolution and the migration of modern humans out of Africa. It had been widely accepted that Homo sapiens had moved out of Africa between 90,000 and 120,000...

A study published today in the journal Nature, reports ground ochres among the earliest evidence for human occupation of Australia, 65,000 years ago.

Griffith University rock art expert Professor Paul Taçon has been announced the winner of the Research Leadership Award in the 2016 Vice Chancellor’s Research Excellence Awards. For more than 36 years, the director of Griffith’s Place, Evolution and Rock Art Heritage Unit and Chair in Rock Art Resea...

What is Rock Art?