Changing the delivery of medicine

A former ICU nurse and now Director of the Griffith based Alliance for Vascular Access Teaching and Research (AVATAR), Professor Claire Rickard leads the largest research group in the world looking at intravascular access.

The success of this research can be measured in hundreds of millions of dollars saved in health care costs around the world, as well as improved patient comfort.

A key focus for this research group has been peripheral catheters; devices which deliver medically required fluids into a patient’s bloodstream. They are the most commonly used device in hospitals around the world with an estimated 14 million used in Australia each year.

AVATAR investigated whether the routine practice of removing and re-siting intravenous catheters every three days, even if there were no complications, was justified.

More than 3000 patients were involved in the study funded by the Australian National Health and Medical Research Council and it was found that leaving a functioning catheter in place until it was no longer required made absolutely no difference to the onset of infection or other complications.

In the US alone, changing to this new policy of re-siting catheters only as required would prevent 2.5 million unnecessary catheter insertions over a five-year period. That's a savings of 1 million staff hours and US$400 million.

For Queensland Health the savings amount to $5 million dollars over a five-year period. It also means about one in four patents being spared an unnecessary and often painful procedure.

Hospitals around the world are now changing their standard of practice for catheter replacement based on AVATAR's recommendations. 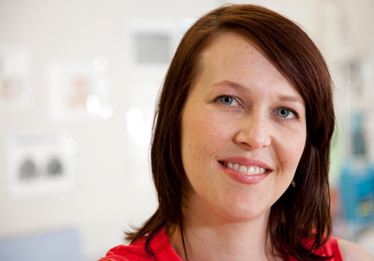 This research will save hundreds of millions in health care costs and save patients from unnecessary and sometimes painful procedures.

Griffith Professor of Nursing, Claire Rickard, is a world leading researcher in the area of devices which deliver medically required fluids into a patient’s bloodstream; intravenous catheters.

When Professor Claire Rickard talks about the value of real estate, she isn't talking about houses.

The Professor of Nursing is a world leading researcher in the area of devices which deliver medically required fluids into a patient's bloodstream, and the real estate she is referring to is the area of veins and arteries available for tapping into.

As Director of the Griffith based Alliance for Vascular Access Teaching and Research (AVATAR), Professor Rickard leads the largest research group in the world looking at intravascular access. And the success of their research can be measured in hundreds of millions of dollars of reduced health care costs world-wide, as well as improved patient comfort.

"Initially we were just trying to highlight exactly what vascular access is because it is a bit of a hidden speciality within all the other nursing and medical specialities," Professor Rickard said.

"It doesn't matter what health issues you have; whether you are treated in an ambulance or a hospital; whether you have cancer, or you need hydration or antibiotics; whenever you need sustained access to a blood vessel to provide treatment, a catheter must be inserted into a vein or artery."

Peripheral intravenous catheters (IV drips), usually inserted into a patient's hand or arm, are the most commonly used device in hospitals around the world with an estimated 330 million used in USA each year and 14 million in Australia.

Because catheters are such a workhorse of health care there has been a tendency to take them for granted and until now, the way they are used.

At AVATAR we have a really experienced, large group of researchers with very strong scientific skills particularly in vascular access, and we investigate practices in hospitals that have never been tested before to see which ones work and which ones don't.

For about 40 years, peripheral catheters were routinely replaced every few days, even if there were no problems. It was thought that doing this would minimise the risk of a blood infection, or a painful irritation within the blood vessel called phlebitis.

"In the majority of patients the catheters were functioning perfectly well, without complications, but even so there was this policy to re-site them every three days. So hospital and health care staff would take them out and throw them in the bin. They then had to insert a new catheter into another vein. Interestingly, children's hospitals had never followed this practice, but in adults it was just accepted.

"This routine discard practice had never been scientifically tested under controlled conditions so we undertook five randomised controlled trials to see what would happen if we ignored the three-day rule and left the catheters in until the treatment was complete, or a problem developed, such as the catheter became blocked."

More than 3000 thousand patients were involved in the study funded by the Australian National Health and Medical Research Council. It was found that leaving a functioning catheter in place until it was no longer required made absolutely no difference to the onset of infection or other complications. The study was published in The Lancet, one of the world's top-ranked, and influential medical journals.

These findings heralded significant change, not only in the area of patient comfort, but also extraordinary cost savings for health care world-wide.

In the US alone, 37 million patients are admitted to hospitals each year. If one third of those patients need a catheter for more than 3 days, a report by Griffith's Professor of Health Economics, Professor Paul Scuffham in Applied Health Economics and Health Policy advised that the new policy of re-siting only as required will prevent around 2.5 million unnecessary intravenous catheter insertions. Over five years that will save one million staff hours and US$400 million. 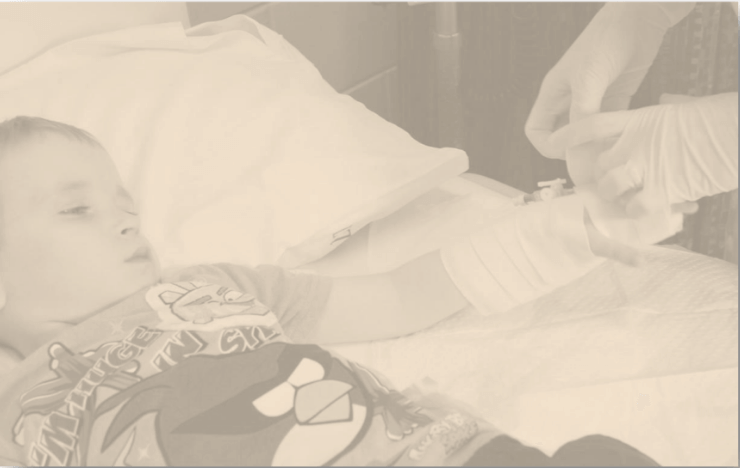 US - $400 million in savings projected over 5 years

In Australia, the National Health Policy Advisory Committee on Technology recommended disinvestment in routine replacement of peripheral IV catheters, noting that the new policy 'resulted in a significant cost reduction of $7.58 per patient, which could translate into substantial cost savings for the organisations'. For Queensland Health that will amount to $5 million dollars in savings over five years.

It would also spare one in four patents an unnecessary and often painful procedure.

"We had a lady the other day in one of our hospitals and she endured 17 needle-stick attempts to get the catheter into her vein and that's by no means uncommon. So unnecessarily repeating this procedure every few days only adds more distress."

And that brings us to the issue of vascular real estate.

"Every catheter leaves scarring and in many cases, the vein becomes inflamed and hardened. Sometimes clots can form inside the vein and they can even occlude shut. People are living much longer now and they are going to need their veins and arteries to remain viable for catheter insertion over a longer time, so the fewer punctures during the course of a lifetime the better.

"That's why we talk about vascular real estate; we want to keep that real estate available for future use and this concept of vessel preservation had never really been thought about in hospitals before."

Given the cost savings alone it is not surprising that the take-up has been huge.

The response from industry, however, was unexpected.

"We thought the manufacturers would be very against these findings because we are showing hospitals how to use fewer products, but they have been very engaged. Rather than looking at catheters as short term, disposable products they are now focussed on new ways to make them last as long as the patient needs them." Professor of Nursing Claire Rickard is a world leading researcher in the area of intravenous devices.

As Director of the Griffith-based AVATAR, Professor Rickard leads the largest research group in the world looking at intravascular access; the means by which devices can deliver medically required fluids into a patient’s bloodstream.

Professor Rickard qualified as a Registered Nurse in 1992 and specialised in acute and critical hospital care, before moving into research in 1997; managing pharmaceutical and investigator-initiated trials at the Royal Brisbane and Women’s Hospital.

Over the following decade, she excelled in a variety of hospital and university based research positions in Queensland, Victoria and Tasmania before joining Griffith University in 2007 and establishing the Griffith University Intravascular Device Research Group which went on to become AVATAR.

In recognition or her global achievements, Professor Claire Rickard was made a Fellow of the prestigious Australian Academy of Health and Medical Sciences on 6 October, 2015. This is the first year a Fellowship was awarded to a nurse. She was admitted to the International Nurse Researcher Hall of Fame in 2013.

For the former ICU nurse, the move into research was a natural progression. "I really loved working in intensive care and of course we used a lot of vascular devices so I was very familiar with them.

"While I was working at the Royal Brisbane and Women's Hospital, they started a research position with a Professor Lipman they had brought out from South Africa. I was really lucky because he had such a great understanding about what makes clinical research happen and I got very good training. From the start there was an expectation that I would do my own studies, so I started looking at catheters."

It was there that her curiosity about challenging routine vascular access practices found a focus.

Since then there has always been another question, another issue and now there are more 80 research projects underway at AVATAR. One Australian government funded study is investigating how to keep catheters secure once they are in the patient. This four-year study has discovered a radical new use for a product which has been around for many years.

"We have found adding skin glue under the current dressings is really good at keeping the catheter secure and minimising micro-motion inside the veins which can lead to irritation, blockage or dislodgement. It also seals the wound and prevents bacteria from gaining access."

AVATAR now has research partnerships with more than 400 hospitals and universities around the world so, even with the support of her team of 25 paid staff, as well as 10 PhD students, much of Professor Rickard's time is taken up with leading this powerful research alliance. But she has never lost the thrill of discovery herself.

"I still love analysing data. I love getting those results from a 2000 patient study and thinking, 'What does this mean? What is the message here? What can we tell people worldwide to do about their dressings from what I have here?'"

And while all of that may seem far removed from being a nurse caring for critically ill patients in ICU, the essence of her work has not changed.

"We want the patients to have the best experience they can, whether that mean less pain or fewer infections, or reduced time in hospital because they have had more effective treatment. That's what drives us."

In recognition or her global achievements, Professor Claire Rickard was made a Fellow of the prestigious Australian Academy of Health and Medical Sciences on 6 October, 2015. This is the first year a Fellowship was awarded to a nurse. She was admitted to the International Nurse Researcher Hall of Fame in 2013.