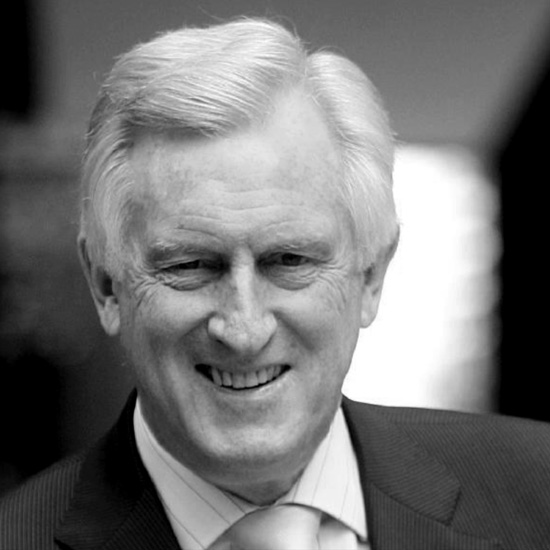 Dr Hewson is currently a Professor in the Crawford School of Public Policy at ANU, and an Adjunct Professor at Griffith University.

He has worked for The Australian Treasury, the IMF, the Reserve Bank, the UN, and often advises senior public servants. He was a Founder of Macquarie Bank and Chairman ABN Amro Australia. He serves as Chair on the Business Council for Sustainable Development Australia, BioEnergy Australia, and the Commission for the Human Future, among others. John has also served as Advisor/Chief of Staff to two Federal Treasurers and Prime Minister, and as Leader of the Liberal Party, and of the Federal Coalition, in Opposition.

In addition to being a regular Columnist through various media platforms, Dr Hewson has also been active in charities and not-for-profits including the National Standing Committee for Energy and the Environment, and as an Ambassador Women for Election Australia.

"We all have important roles to play in the effective and fair pathways to a low carbon Australia. CRI seeks to provide a platform by which these roles can be defined and coordinated. I strongly support this initiative."