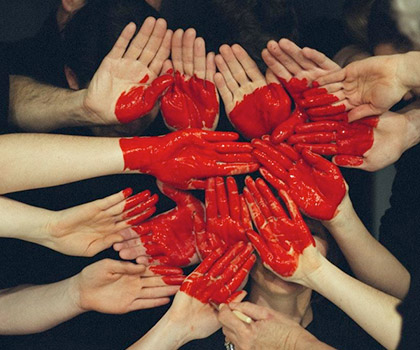 Project coordinator Tracee Clothier relies on her volunteer base to keep the program up and running.

“Griffith students put in hundreds and hundreds of hours,” she said.

“Normally I get, I think on average, about three students every semester and they do 50 hours each.”

Although Ms Clothier accepts volunteers from anywhere in the community she said Griffith University interns are extremely important to her.

“Griffith University students are actually an integral part of my volunteering base,” she said.

“At the moment I’ve got nine volunteers and five of those are Griffith students.

“I find that Griffith is actually better because student volunteers come with their blue card already.”

The program has been highly successful for both the volunteer mentors and disadvantaged youth.

Braking the Cycle was developed by PCYC Ipswich and Logan after an obvious problem emerged as a result of the new graduated licensing system.

Ms Clothier said it became obvious between 2007 and 2012, that many families and young people without families were being disadvantaged.

“These people were marginalised because of the change to the legislation with the introduction of the graduated licensing system,” she said.

“Your volunteers, they’re such an integral part of your organisation,” she said.

“You need to get their buy in, listen to what they’ve got to say, take on board any ideas that they have.

“You don’t necessarily have to implement them all but sit down and find out because we’ve improved the program by being able to have that sort of consultation.”

Erin Semmler is a 20-year-old aspiring journalist who particularly enjoys working with print and online media.

“I grew up in Yeppoon, a small coastal town located in Central Queensland. My nationality is Filipino and Australian. Travelling is a major passion of mine; my ultimate dream would be to share the stories of different people from all around the world, particularly in less fortunate areas.”

Erin worked in the Village Source Newsroom (powered by the Brisbane Times) for the duration of the 2018 Gold Coast Commonwealth Games and contributed stories to six out of the eight editions. She has also completed two internships, one with Social Society, a social media public relations firm and another with Griffith University Service Learning. Erin prides herself on her work ethic and ability to produce high quality content to deadline.

Find out more about Erin's work