Home > Griffith Sciences > EcoCentre > About us

The EcoCentre is a key element of the Griffith Sciences Partnerships Office. As part of this group, we promote an encouraging message that the knowledge, existing framework and resources to develop a truly sustainable world already exist.

The building is nestled within the Toohey Forest on the Nathan campus of the university.  Its bushland setting is ideal for environmental education programs, exhibitions, conferences, meetings and training seminars. Visitors to the EcoCentre enjoy the tranquillity and beauty of the forest with access to state of the art teaching and conference facilities.

The Toohey Forest Environmental Education Centre operates from within the EcoCentre and provides environmental education programs and activities for schools and students.

The design and operation of the EcoCentre follows strict 'eco' principles, and features solar energy, ambient ventilation and lighting, rammed earth walls for temperature regulation, rainwater collection for 'greywater' use and wet composting toilets. All features reflect domestic scale environmental technologies that can be used in the family home.

To be an innovative and dynamic information and resource centre promoting: 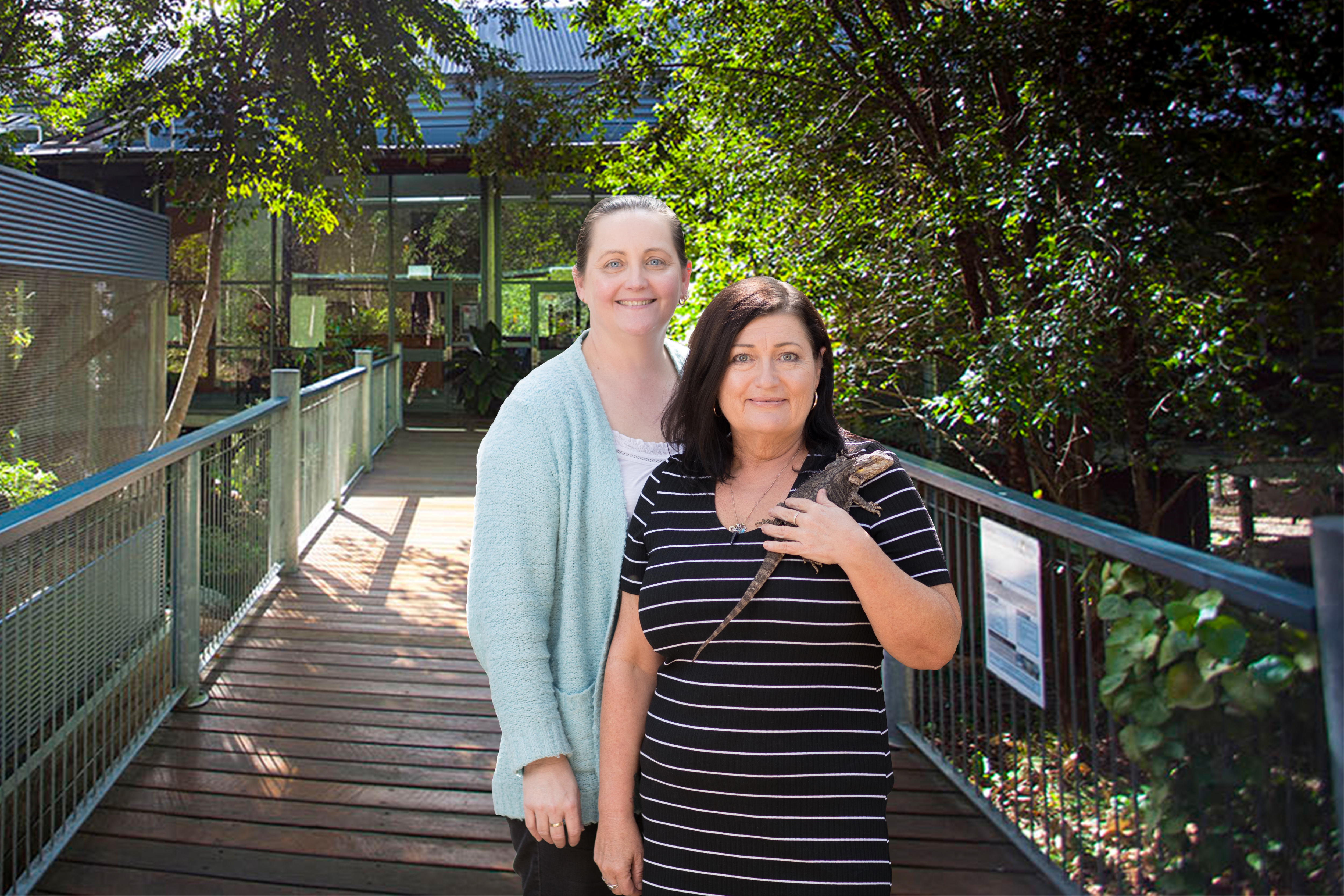 The EcoCentre has been designed and constructed according to strict ‘eco-design’ principles. The sustainable building design involved a total life cycle approach with attention paid to the environmental impacts which occurred during the construction and the ultimate demolition phase of the building, as well as the ongoing impacts of daily operations.

In the early 1990s, the possibility of an environmental education centre on the Nathan campus was proposed with a clear focus from the beginning for the centre to foster engagement between the University and the community. This would be done by playing a role in the education of both school children and the broader community.

In May, 1994, the Vice Chancellor, Professor Roy Webb, appointed Professor Calvin Rose (the inaugural Dean of the School) to chair a Task Force with the purpose of raising funds and further developing the concept of such a Centre. The Task Force included Griffith University staff and representatives from commerce, industry, government and community groups, showing a commitment to community engagement from the outset.

Discover more about the Griffith EcoCentre