The Descriptors in Module 1: 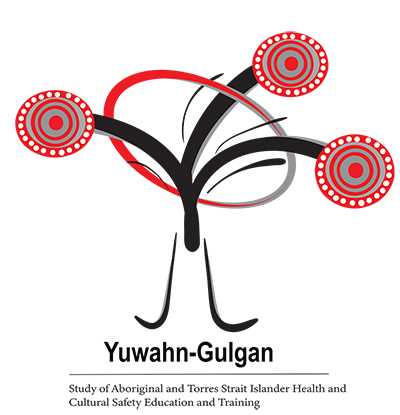 The Yuwahn-Gulgan Study aims to evaluate the effectiveness of Aboriginal and Torres Strait Islander health and cultural safety education and training.

You can assist with the research by completing the pre-learning survey. The survey will take approximately 15-20 minutes to complete.

Descriptor 1: History of Australia's First Peoples and the post-colonial experience

The Graduate Cultural Capability Model identifies the capabilities that graduates develop after undertaking studies in a tertiary setting where the framework has been implemented. The model is based on the principles that:

This topic introduces students to Australia’s true history. The implications of history for Australia’s First Peoples will be highlighted within the interactive timeline feature. The topics you will cover as part of the cultural respect capability include:

Upon the completion of this topic you should:

b) be able to describe the implications that these events have on the contemporary health status of Australia’s First Peoples.

History and some implications for First Peoples health

Acknowledgement/acceptance of one of the oldest surviving populations that was able to adapt to the diverse and sometimes harsh challenges of the Australian continent’s environment for the last (estimated) 50,000 – 120,000 years (Dudgeon et al., 2014) is often disregarded when reflecting on the devastating impact of colonisation on Australia’s First Peoples.

The incredible ingenuity evident in the application of knowledge and through relationships to the land has not been effectively understood. Likewise, the extent of resilience, struggle for equity, equality and cultural recognition of First Peoples has been overlooked.

Australia’s history includes some policies that have been imposed on Australia's First Peoples that have effects that are ongoing and often unnoticed. e.g. Northern Territory Intervention. The influence that history has on the health and wellbeing of contemporary First Peoples can be explored further at the links below.

To gain a good understanding of the history visit the interactive timeline at Our Shared History and as you work through it consider how many of the events in the timeline you were aware of?

This timeline provides insight into some of the key events in our history and policies past and present that impact upon First Peoples. It is important to recognise that history always informs our current context. Understanding of these historical points helps develop understandings of contemporary perspectives amongst First Peoples, provides context for current challenges and rationale for the ongoing efforts for self–determination.

Use the links below for further reading and reference:

Upon the completion of this topic you should be able:

a) to identify some of the components of First Peoples cultures, beliefs, languages, practices and

b) to discuss the influence these have on contemporary health and wellbeing of First Peoples.

Each has its own cultures, beliefs, languages and practices that are passed on through generations. All of these impact deeply and are connected to an individual’s health and wellbeing. Culture is central to First Peoples health (NATSIHP, 2016), as demonstrated in the video below. Cultures evolve as does knowledge. However, beliefs remain constant.

The flag consists of a coloured rectangle divided in half horizontally, the upper half black and lower red. A yellow circle sits at the centre of the rectangle.
The colours of the flag represent:

In 1992 the late Bernard Namok from Thursday Island designed the Torres Strait Island flag as part of a competition for a Cultural Revival Workshop. The flag consists of horizontal bands: two green and one blue, separated by black lines; a Dhari which is a distinctive traditional dance and ceremonial headdress; and a five-pointed star are central motifs of the flag. Each part of the flag gives meaning to the Torres Strait Island culture:

First Peoples' culture, beliefs, languages and practices are discussed throughout. Be sure to refer to the library and community profiles tab where you can find more information.

As highlighted Australia’s First Peoples are a diverse people, with no single language, belief or protocols for all. This many Aboriginal and Torres Strait Island countries are best exemplified in the map provided in Descriptor 3.

Learning about the country you live and work on is a mark of respect to the First Peoples of that place. Efforts to understand the unique history of the country and community in which you live and work is a further important step in gaining understanding for some of the health challenges in that context and the ways in which those community members feel is best to attend to them.

Use the links below for further reading and reference: Identity is tied to the cultures that a person is raised in and how they identify with that culture.

This topic develops students’ knowledge and understanding of the diversity that exists among Australia’s First Peoples.

Upon the completion of this topic you should have an initial understanding of the diversity of First Peoples’ cultures and lived experiences.

Visit Creative Spirits website to browse Aboriginal mobile applications for culture, stories or to learn an Aboriginal language.  Using the link below the map provides a magnifying glass to enable you to see the many different First Peoples nations of Australia.

View and explore this map in detail

The following links on community profiles are a valuable tool to access prior to placement, they provide an understanding on the community you will be visiting -

This descriptor introduces the concepts of cultural humility and lifelong learning to understand the importance of critical self-reflection for this continued learning.

Upon the completion of this topic you will be able:

a) to critically analyse one's own cultural values and privileges and

Cultural Humility involves listening without judgement and being open to learning from and about others. It involves learning about our own culture and our biases. It is a building block for cultural safety

Cultural Humility is a lifelong learning process that ensures learning about First Peoples cultures, developing respect, understanding and are sensitive to cultural differences.

What does cultural humility mean to you?

Reflect for 5 minutes on your own cultural humility.

You are strongly encouraged to make notes of these thoughts and reflections particularly if you have examples for your own personal portfolio.

Things you should know about January 26 retrieved https://www.sbs.com.au/nitv/article/2017/01/18/10-things-you-should-know-about-january-26