Advising and guiding our unit

With the commencement of the ARC Laureate project in 2016, an Indigenous Advisory Committee was established to guide the project as well as other aspects of the Place, Evolution, and Rock Art Heritage Unit’s work. The committee meets in person at least once per year. Members are Indigenous men and women who have a personal interest in and relationship to rock art from many areas of Australia where we undertake research.

Our team is enormously grateful for the committee’s valuable guidance and insight.

Key topics of discussion at meetings:

The establishment of the Indigenous Advisory Committee created a new platform to formalize channels of communication between PERAHU members - both students and staff - Traditional Owners, and their representatives. By providing an opportunity to connect with Traditional Owners of different communities, the Advisory Group also creates a space where committee members can learn valuable insights from one another and discuss topics of shared interest and importance. Indigenous Advisory Committee members also collaborate on many aspects of PERAHU rock art research, co-author papers and co-present conference papers.

Known as Uncle Graham to the Saltwater Communities and staff and students at Griffith University as well as a Kombu-merri Gold Coast Clan Elder. Uncle Graham held the position of Chairperson of Griffith’s Aboriginal and Torres Strait Islander Advisory Committee for four years until December 2008 and has actively contributed to other University forums and initiatives for over ten years. He provides consistently thoughtful and perceptive input in the full spirit of reconciliation, and to improve the participation of Aboriginal and Torres Strait Islander people in higher education. In 2009, Uncle Graham became Elder in Residence, to support Aboriginal and Torres Strait Islander students, and bring Indigenous culture and community into University culture. He was also awarded a Doctor of the University in July 2009 for his valued contribution. 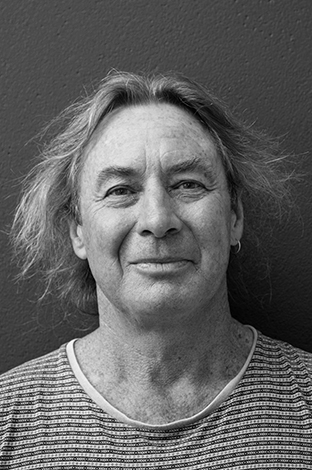 Wayne Brennan is both an Archaeologist and a Cultural Heritage consultant, and has nearly three decades of service with NSW Parks and Wildlife leading ranger training programmes, school education, and fighting bushfires. Wayne has worked with PERAHU for many years and is an active participant on many of PERAHU’s projects, where his vast knowledge and expertise in a range of disciplines is invaluable. Wayne is from the Blue Mountains, west of Sydney. 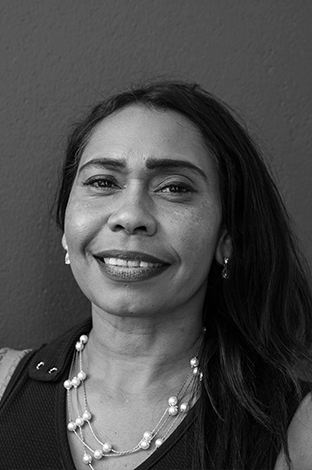 Carol Chong is a Wakaman & Kunjen descendant from her father and a Muluridji descendant from her mother. Wakaman traditional country stretches from the Chillagoe limestone bluffs west and south across the Tate River and takes in some southern parts of the Etheridge Shire.

In addition to acting as a cultural heritage consultant, Carol is an Anthropologist and is also currently studying law. She has published some of her research on Aboriginal and Chinese kinship; writing about her father's Aboriginal family the Wakaman traditional owners from Chillagoe and her great-grandfathers, who came from Shanghai as gold prospectors in the early gold rush days of the North. 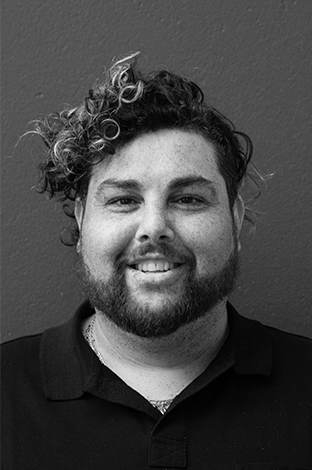 Artist and Activist Clive Freeman is Traditional Owner of Wreck Bay in the Booderee National Park on the NSW South Coast. Clive is deeply connected to Yuin country, but also Eora and Wiradjuri through his family heritage. Clive’s formal education in environmental sciences at the University of Wollongong informs his engagement with archaeological science and rock art research. His artistic works have been featured in SBS’s Colour Theory TV series. He is a former artist-in-residence at the NSW Gallery, the former coordinator of Aboriginal Interpretation Programs at Sydney Living Museums’ and is one of the founders of the ongoing ‘Country’ project on exhibition at the Venice Biennale. He sits on the Booderee National Park Board of Management. Like his family’s totem, the wonga pigeon, Clive has a distinctive voice. His varied work sets out to share Aboriginal stories of connection so that all Australians can reconnect with Aboriginal history. Markeeta is a proud Aboriginal woman who was born and has grown up on the Wreck Bay Aboriginal Community.

Markeeta is very strong in her culture, and has gained significant knowledge from her mother a Gurawarl- wandandiandi woman of the Yuin nation, and her father a wogal man of the Wiradjuri nation.

With her environmental Science degree Markeeta has found a harmonious mix of modern science and traditional cultural perspectives. Her family line has gifted her with a storying telling heritage and continuation of cultural practice. Markeeta is inspired by family, country, culture, tradition, history and life. This has allowed her to developed her artistic talents in a unique way, “art is a way that we can look after our country.” She says. “Country can’t talk for itself, we have to talk for it, and we do this thought art.” 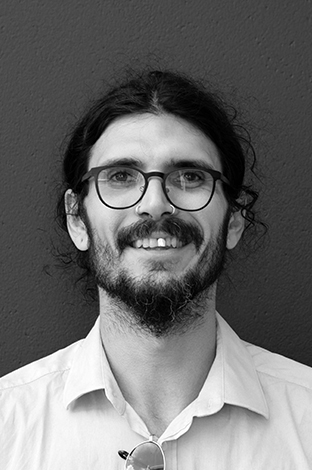 Born in Moranbah, Dale Harding represents his family as part of the PERAHU Indigenous Advisory Committee. Dale currently resides in Brisbane and is a locally and internationally renowned artist. His artwork includes wall paintings, sculpture and installations which are an exploration of the political histories and presence of his family and their network of cultural sites spread across the central Queensland sandstone belt. 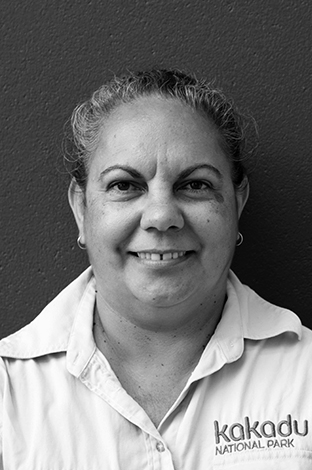 Jenny Hunter has a wealth of experience caring for country and culture as a Park Ranger and former manager of the Kakadu Culture Camp. Kakadu National Park is one of four Australian sites included on the World Heritage List for both cultural and natural outstanding universal values, which rangers care for using a mixture of scientific and traditional methods. 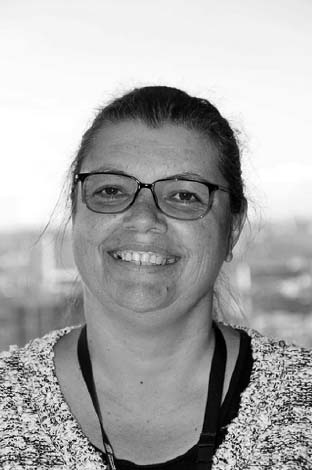 Tanya has worked primarily in the area of cultural heritage and strategic land use planning during the last 20 years of her career. She currently manages a program that develops planning tools, strategies and pathways that facilitate the rezoning, subdivision and infrastructure upgrades to Aboriginal communities across NSW and enables them to leverage greater economic, community and cultural use of Aboriginal land. Tanya is a keen advocate for Aboriginal people to have a voice in the development of a more inclusive and just society and serves on a number of heritage advisory councils and committees.

During her career, Tanya’s work has resulted in the State Heritage Listing of many Aboriginal places of cultural significance across NSW. Importantly her work has included the investigation of many rock art sites and consultation and engagement with the traditional owners of these sites. Tanya is passionate to see the development of a better cultural understanding and management approach of this unique and valuable resource which incorporates the knowledge, cultural authority and stewardship of the traditional owners with their involvement furthering their cultural, social and economic aspirations as land owners and managers. 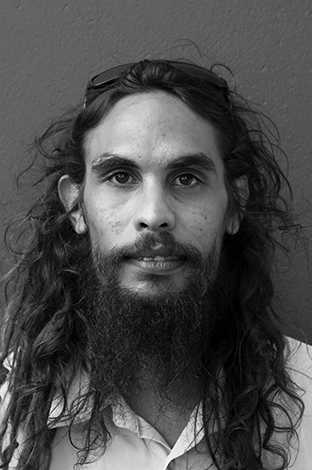 Working in the very demanding role of Ranger in Kakadu National Park, Larrakia man Kadeem May has a particular interest in rock art. Kadeem has played a central role developing and implementing the park’s rock art monitoring and conservation program, and he regularly participates in rock art conferences and symposia.
Kadeem and his colleagues at Parks Australia (Kakadu) have extensive first-hand experience in protecting rock art from impacts arising from natural processes, human intervention, and feral animals. 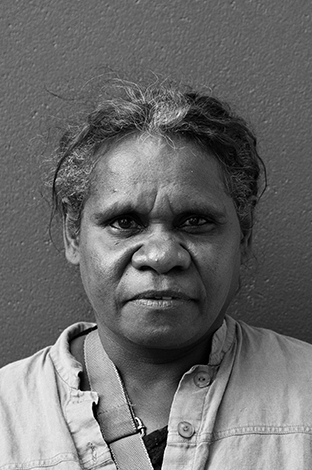 Connie Nayinggul is a Senior Traditional Owner in western Arnhem Land. She is also a highly accomplished weaver who’s work can be found for sale at the Injalak Arts, where she is also part of the management committee. Rock art is an important spiritual and cultural legacy for the whole community in this region, who are proud of their indigenous-led rock art tourism initiatives. Rock art traditions also serve as artistic inspiration for contemporary artists. 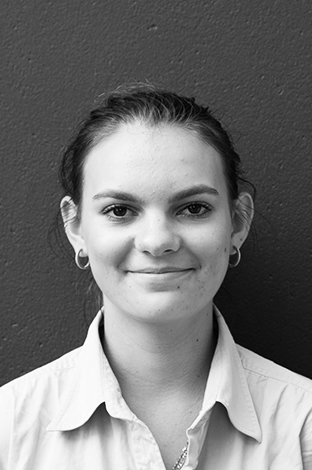 Catherine is a junior member of the PERAHU Indigenous Advisory Committee, and actively participates in caring for country in Kakadu. She represents the interests of future generations of stakeholders who are concerned about the protection of cultural and environmental legacies in her homelands. 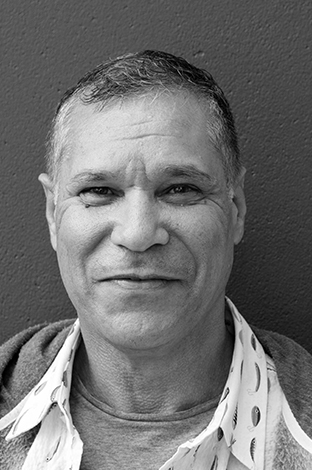 Being connected with the country on which the endeavour landed has a particular significance for Shayne, causing him to lend his own perspectives on the complex shared history that transpired thereafter. He has been involved in the creating of museum exhibits, including the temporary return of the Gweagal shield from the British museum to the National Museum of Australia in 2017.