The End of Heaven: Disaster and Suffering in a Scientific Age

In this unique book, Sidney Dekker tackles a largely unexplored dilemma. Our scientific age has equipped us ever better to explain why things go wrong. But this increasing sophistication actually makes it harder to explain why we suffer. Accidents and disasters have become technical problems without inherent purpose. When told of a disaster, we easily feel lost in the steely emptiness of technical languages of engineering or medicine. Or, in our drive to pinpoint the source of suffering, we succumb to the hunt for a scapegoat, possibly inflicting even greater suffering on others around us. How can we satisfactorily deal with suffering when the disaster that caused it is no more than the dispassionate sum of utterly mundane, imperfect human decisions and technical failures? Broad in its historical sweep and ambition, The End of Heaven is also Dekker's most personal book to date. 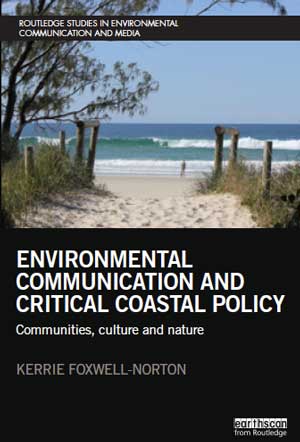 The vast majority of the world’s population lives on or near the coast. These communities are an extraordinary and largely untapped resource that can be used to mitigate planetary disaster and foster environmental stewardship. Repeated waves of scientific fact and information are not inciting action, nor apparently producing enough momentum to change voting behaviour towards a progressive environmental politics. A critical coastal policy, underpinned by a deeper understanding of environmental communication, can offer something new to this status quo. 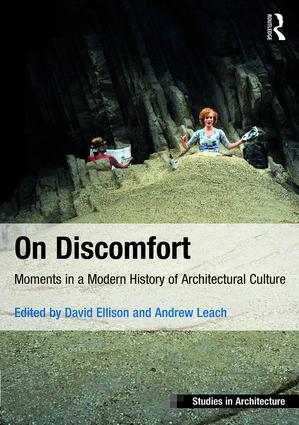 On Discomfort: Moments in a Modern History of Architectural Culture

‘On Discomfort’ offers a fresh reading of the negotiations that define architecture’s position in modern culture. The essays do not chart comfort’s triumph so much as discomfort’s curious dispersal into practices that form ‘modern life’ – and what that dispersion reveals of both architecture and culture. The essays presented in this volume illuminate the material culture of discomfort as it accrues to architecture and its history. 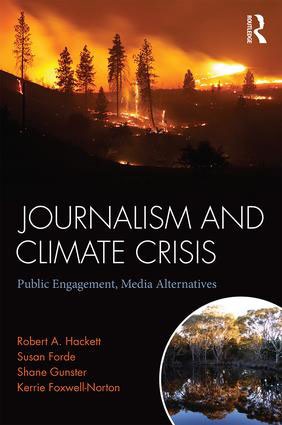 This book recognizes that climate change is more than an environmental crisis. It is also a question of political and communicative capacity. It enquires into which approaches to journalism, as a particularly important form of public communication, can best enable humanity to productively address climate crisis. The book combines selective overviews of previous research, normative enquiry and original empirical case studies of environmental communication and media coverage in Australia and Canada.

Sources and Methods in Histories of Colonialism: Approaching the Imperial Archive

This book provides an in-depth study of the relationships between archives, knowledge and power. Exploring a diverse range of examples and surveying the now substantial scholarly literatures on the functions and scope of the ‘imperial archive’, it facilitates a deeper understanding of the challenges of working with a range of specific source genres within imperial and colonial archives.

Cosmopolitan Lives on the Cusp of Empire: Interfaith, Cross-Cultural and Transnational Networks, 1860-1950

This book looks back to the period 1860 to 1950 in order to grasp how alternative visions of amity and co-existence were forged between people of faith, both within and resistant to imperial contact zones. It argues that networks of faith and friendship played a vital role in forging new vocabularies of cosmopolitanism that presaged the post-imperial world of the 1950s.

The Imperatives of Progressive Islam

This book brings together issues pertaining to politics, jurisprudence, ethics, theology, epistemology, gender and hermeneutics in the Islamic tradition. It provides a comprehensive discussion of the normative imperatives behind a progressive Muslim thought, as well as outlining its various values and aims. This is essential reading for any academic interested in contemporary religious thought and the development of modern Islam. 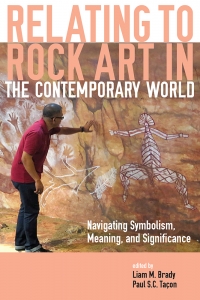 Relating to Rock Art in the Contemporary World: Navigating Symbolism, Meaning, and Significance

This book challenges traditional ways of thinking about this highly recognisable form of visual heritage and provides insight into its contemporary significance. In this volume, leading scholars from around the globe shift the discourse from a primarily archaeological basis to one that examines the myriad ways that symbolism, meaning, and significance in rock art are being renegotiated in various geographical and cultural settings, from Australia to the British Isles. 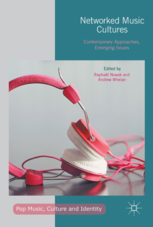 This collection presents a range of essays on contemporary music distribution and consumption patterns and practices. The contributors to the collection use a variety of theoretical and methodological approaches, discussing the consequences and effects of the digital distribution of music as it is manifested in specific cultural contexts.

‘Opera’ is the accumulation of close to a decade of thinking about the relationship between voice, land and line in Australian and Latin American poetics. The book imagines a kind of trans-Pacific synthesis of geographies and histories, and of animal, human and inorganic potency. It’s also a book about love, and the all-consuming, though often ephemeral, nature of it. 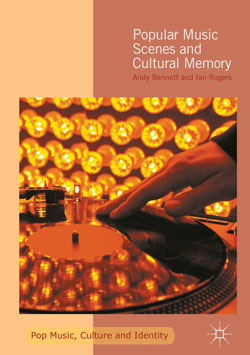 This volume explores the ways in which music scenes are not merely physical spaces for the practice of collective musical life but are also inscribed with and enacted through the articulation of cultural memory and emotional geography. This book is a study of the conceptual formation and use of music scenes by participants. It is also an investigation of the structures underpinning music scenes more generally.

Increased concern for patient safety has put the issue at the top of the agenda of practitioners, hospitals, and even governments. The risks to patients are many and diverse, and the complexity of the healthcare system that delivers them is huge. Yet the discourse is often oversimplified and underdeveloped. Written from a scientific, human factors perspective, Patient Safety: A Human Factors Approach delineates a method that can enlighten and clarify this discourse as well as put us on a better path to correcting the issues. 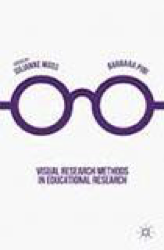 This book explores visual research methods in education across four themes: images of schooling, performing pedagogy, power and representation and ethical issues in educational research, written by leading researchers from Australia, the UK and Canada. Doing Research within Communities provides real-life examples of field research projects in language and education, offering an overview of research processes and solutions to the common challenges faced by researchers in the field. This unique book contains personal research narratives from sixteen different and varied fieldwork projects, providing advice and guidance to the reader through example rather than instruction and enabling the reader to discover connections with the storyteller and gain insights into their own research journey.

This volume critically examines ’subculture’ in a variety of Australian contexts, exploring the ways in which the terrain of youth cultures and subcultures has changed over the past two decades and considering whether ’subculture’ still works as a viable conceptual framework for studying youth culture. Richly illustrated with concrete case studies, the book is thematically organised into four sections addressing i) theoretical concerns and global debates over the continued usefulness of subculture as a concept; ii) the important place of ’belonging’ in subcultural experience and the ways in which belonging is played out across an array of youth cultures; iii) the gendered experiences of young men and women and their ways of navigating subcultural participation; and iv) the ethical and methodological considerations that arise in relation to researching and teaching youth culture and subculture. Bringing together the latest interdisciplinary research to combine theoretical considerations with recent empirical studies of subcultural experience, Youth Cultures and Subcultures will appeal to scholars and students across the social sciences.

There is a growing awareness around the world of the pressing need to archive the material remnants of popular music so as to safeguard the national and local histories of this cultural form. Current research suggests that in the past 20 or so years there has been an expansion of DIY heritage practice, with the founding of numerous DIY popular music institutions, archives and museums around the world.

This book offers a compelling combination of analysis and detailed description of aesthetic projects with young refugee arrivals in Australia. In it the authors present a framework that contextualises the intersections of refugee studies, resilience and trauma, and theatre and arts-based practice, setting out a context for understanding and valuing the complexity of drama in this growing area of applied theatre.

Young people and their activities always have been a part of history - yet such narratives have remained mostly untold and often lost in the sands of time. This unprecedented and international collection sheds light on youth’s hidden histories from the nineteenth century to the early twenty-first century: whether from the American Civil War, Maoist China, post-colonial Greenland, or contemporary Iran. These tales of leisure, identity, and belonging take readers into the heart of youth history and uncover heretofore unrecognised cultural contributions that young people have made across time and throughout the world.

Crowd Actions in Britain and France from the Middle Ages to the Modern World explores the lively and often violent world of the crowd, examining some of the key flashpoints in the history of popular action. From the Peasants' Revolt of 1381 to the Paris riots in 2005 and 2006, this volume reveals what happens when people gather together in protest.

"Few scholars can claim to have shaped the historical study of the long eighteenth century more profoundly than Professor H. T. Dickinson, who, until his retirement in 2006, held the Sir Richard Lodge Chair of British History at the University of Edinburgh. This volume, based on contributions from Professor Dickinson's students, friends and colleagues from around the world, offers a range of perspectives on eighteenth-century Britain and provides a tribute to a remarkable scholarly career. Professor Dickinson's work and career provides the ideal lens through which to take a detailed snapshot of current research in a number of areas. The volume includes contributions from scholars working in intellectual history, political and parliamentary history, ecclesiastical and naval history; discussions of major themes such as Jacobitism, the French Revolution, popular radicalism and conservatism; and essays on prominent individuals in English and Scottish history, including Edmund Burke, Thomas Muir, Thomas Paine and Thomas Spence. The result is a uniquely rich and detailed collection with an impressive breadth of coverage."

The Journalist's Guide to Media Law: A handbook for communicators in a digital world 5th edition, Allen & Unwin.

A practical guide for journalists, public relations and marketing professionals, bloggers and social media experts to staying on the right side of the law.

“Between 2005 and 2011 the Getty Conservation Institute organised a series of rock art management courses and workshops as part of the Southern African Rock Art Project (SARAP) in collaboration with various southern African organisations. From 2012—2014 the project was extended to include an exchange program between rock art specialists, managers, and custodian communities from southern Africa and Australia. In 2014, a Forum was held in Kakadu National Park between African and Australian rock art colleagues as a culmination of the learning from the SARAP and the African-Australian exchange. This report is the result of the deliberations from this work, including significant input from traditional owners of rock art sites and the participation of the Trust for African Rock Art. While the document in its present form focuses on experience of examples from Africa and Australia, it sets out a vision for the future conservation of rock art, which will be relevant to rock art conservation in many regions of the world. The issues it identifies and the foundation principles and actions it proposes are based on internationally recognised and well-founded conservation management principles.”

Get in touch with the Centre for Social and Cultural Research