Leith has spent two decades driving real-world change throughout a range of organisations, and was the founding director of Harvard’s Office for Sustainability. 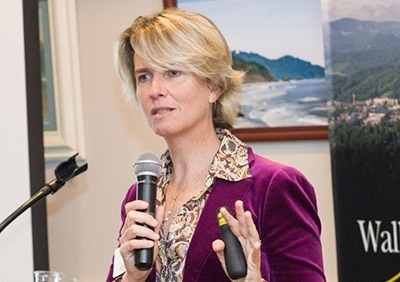 In this role he is responsible for all environmental, social challenges and opportunities across the whole business. The diversity of the Mirvac portfolio means that he is responsible for both development and existing assets and projects ranging from new towns to commercial buildings. In his first six months based on benchmarking, internal and external stakeholder engagement and a materiality study he launched "This Changes Everything" Mirvac's plan for a sustainable future. Paul has delivered several leading sustainability projects including the first ever 5 star Green star project at The Bond. Paul has worked in the UK, USA and Australia and is familiar with Green Star, BREEAM, LEED, NABERS and EPC’s.

Paul is the current Co- Chair of the Better Building Partnership Sydney, having previously been Chairman of the UK BBP.  He is the ex-chairman of the British Council of Offices sustainability committee and participated in various working groups including EPRA sustainability committee, BCSC, NSA, UKGBC and GBCA.  Paul has been involved with Australian Green Building Council from the start including Chairman of the Green Star Interiors tool.  He previously worked at Arup and Lend Lease, responsible for delivering leading edge green buildings including The Bond and RAAF Richmond in Sydney as well as involvement in ANZ and The Gauge at Docklands.  He led Hammerson to be top in sector for FTSE4Good, CDP and GRESB. Paul was named 28th most influential person in sustainability by Building Magazine, UK. Paul started life as a mechanical engineer working for a contractor then in design for Arup. He is also regarded as the person responsible for bringing chilled beams to Australia. 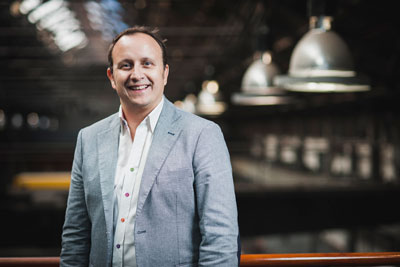 Nicole Miller is the managing director of Biomimicry 3.8. Her background in Corporate Sustainability and global supply chain development supports her role in driving internal strategy, projects, and initiatives, as she works to bring biomimicry solutions to clients around the world. Since joining B3.8 in 2012, she has overseen the development of key strategic partnerships to increase access to biomimicry, and worked with clients such as Johnson & Johnson, Interface, Target, and Lululemon. Nicole has a unique grasp of how to position great science to drive commercial practice--and ultimately market transformation. She won’t rest until biomimicry is driven into the core business of the corporate sector. 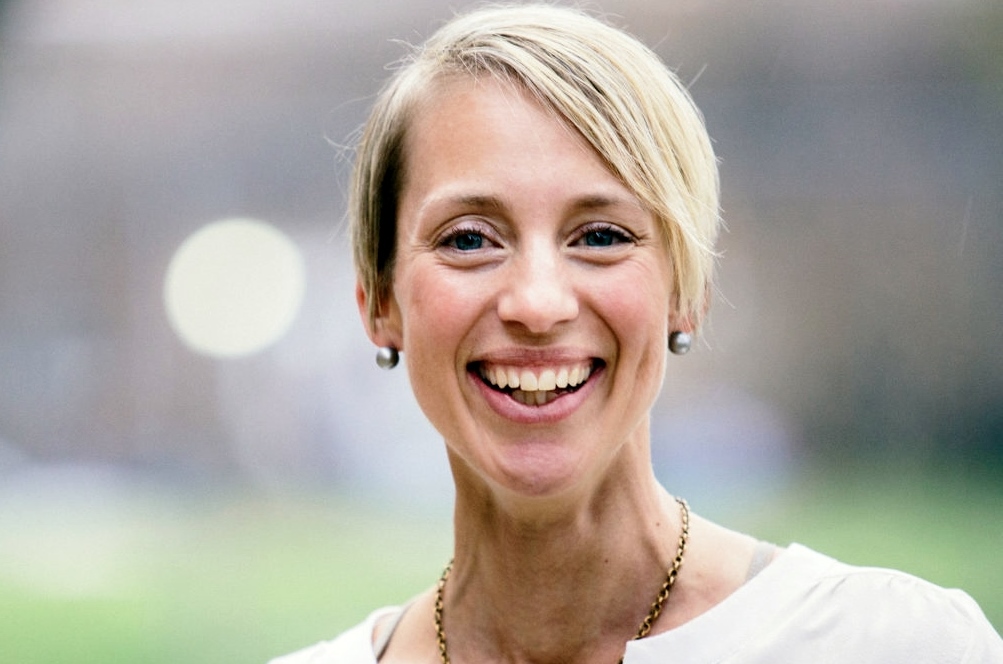 Jon Dee is the Anchor Host of 'Smart Money' on Sky News Business Channel. It's a weekly live show that shows businesses how innovation, sustainability and efficiency can improve the profitability of their operations. In addition to hosting the show, Jon is also the writer and Executive Producer of the programme.

In 1988 Jon founded the charity Rock Aid Armenia. In 1991, Jon co-founded Planet Ark with his good friend Pat Cash and ran the organisation for 15 years. In 2007, Jon and Pat then founded DoSomething with Tina Jackson. Jon is the Managing Director of the charity. In 2013, Jon and Olivia Newton-John co-founded One Tree Per Child. Jon is the Global Director for the initiative.

Every time an Australian switches on a light or washes their clothes they are affected by the change that Jon has initiated. In addition to driving the bans of incandescent light bulbs and phosphates in laundry detergents, Jon has played a key role in the banning of plastic bags and microbeads. 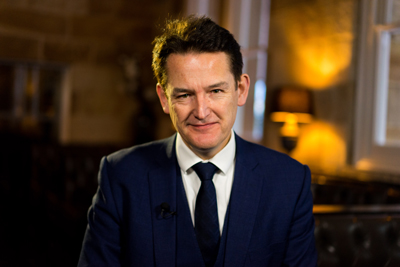 Kate Harris, CEO of GECA has an extensive background in leadership, capacity building and education aimed at finding sustainable solutions for the future.

Kate is on the Board of Directors of the Living Future Institute of Australia (LIFA), the Centre for Sustainability Leadership (CSL) and on the Advisory Board for Pollinate Energy and the founder of consulting firm, Future Ready.

With a Masters in Social Ecology and graduate of the Asialink Leaders Program, Kate also draws on her diverse experience in the performing arts, executive coaching, cultural change and organisational development, helping individuals, organisations and communities to create a better future. Matthew Kamakani Lynch is the System Sustainability Coordinator for the ten campuses of the University of Hawaiʻi. He is also founder of the Honolulu based nonprofit Asia-Pacific Center for Regenerative Design, and currently serves on the Board of Directors for Kahumana Organic Farm, Slow Food Oahu, and Hawaiʻi Green Growth.

He has worked in a broad range of community-based sustainable development projects in Hawaiʻi, Laos, Mongolia, and Vanuatu; from building rural community resilience through farmer trainings, to regional sustainable economic development, to catalyzing institutional change through policy work and collaborative leadership.

Matt's talent for energizing communities and individuals has re-humanized urban and institutional systems in the developing and developed worlds, and works towards restoring & regenerating the ecological systems upon which these social systems depend. 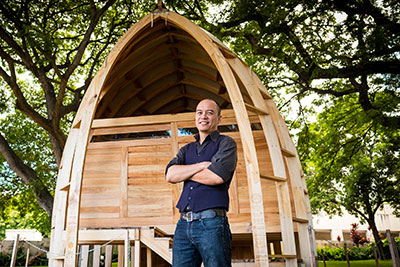 The primary responsibility Leanne has at Macquarie is to embed sustainability within the principles and everyday practices. This involves working within three key areas:

Leanne also holds the role of President of Australasian Campuses Towards Sustainability (ACTS). Since joining ACTS in early 2009, Leanne has actively been involved in growing the domestic and international networks to build the reputation and outputs of the association. 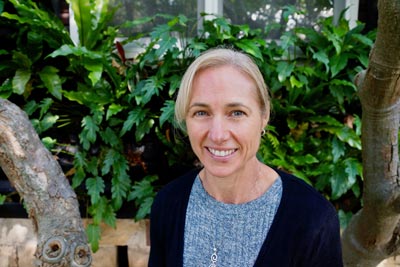 Environmental Sustainability Project Manager, Institute of the Sisters of Mercy of Australia and Papua New Guinea

Chris Hill commenced in June 2017 as the first Environmental Sustainability Project Manager for the Institute of the Sisters of Mercy of Australia and Papua New Guinea and provides specialist leadership and technical expertise on environmental sustainability strategies and legislative requirements across the Institute. He leads the implementation of the institute policy , “An Integrated Approach to Sustainable Living” which was launched in November 2016 and he provides a resource to partnering ministries with access through the boards. Previous to this role, Chris championed sustainability in various roles at the Mater Hospital in Brisbane, Queensland from 2008.  As director of environmental sustainability at the Mater Hospital, he led the development of environmental strategy to support the hospital’s environmental sustainability platform and Mater was recognised with numerous awards, most notably,  The Queensland Premiers Award for Sustainability in 2016.  He has been actively collaborating with external industry specialists and University academics on initiatives that are pivotal to expanding funding and operational opportunities for consumption and carbon reductions. Chris also worked as a part time project officer for the Climate Health Alliance (CHA) with the aim to further CHA’s engagement with other healthcare services and build the membership of the Global Green and Healthy Hospitals Pacific Region. 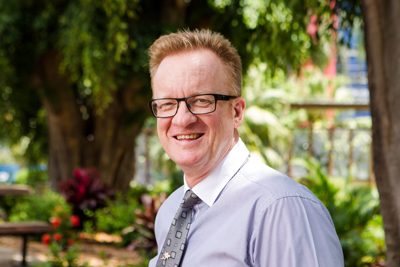