Three months ago, I found my drycleaner sewing by the light of a single lamp in his darkened store, in a scene reminiscent of an eighteenth-century oil painting, Craftsman at Work with Needle and Thread. Only in that moment did I fully grasp the meaning of the words “the economic cost of COVID-19”.  It was during Melbourne’s first lockdown, and I write this article during the second, from which some local businesses will not emerge, no matter when the Chief Medical Officer declares it is over.

In the middle of the day and the late evening I hear the until-now-extremely-rare sound of total silence in my inner-city street.  Every morning as I sip my coffee in my office/bedroom/drying room and gaze blearily out the window, I see a masked man jogging by, pushing a military-grade baby stroller.  After that, it’s various walkers, the odd delivery van.  For me, there’s a trip to the shops perhaps, and/or one hour of mandated exercise. Then… well, that’s it really.

Resilience is a word until it isn’t.  Being stuck in Brunswick for weeks on end is better than being dead in Brazil, caught in a riot in America, or stranded in Bonkers Brexit Britain.  Australia is the Lucky Country still and knows how to deal with disaster (having created a few of them in the past itself).  With some choice exceptions – like the bloke who drove to Wodonga to buy a Big Mac (it cost him $1,652) – Melburnians have observed Stage 4 restrictions faithfully. The infection rate is coming down, but damage has been done, not only economically, but socially and psychologically. Nothing will be the same after COVID. On the phone to a Sydney friend the other day, there was the usual Emerald City scoffing at this.  So, let me say it again: nothing will be the same after COVID-19.  Even using the phrase “after COVID-19” feels optimistic, since we are in this pandemic still and, all quack cures to the contrary, likely to remain so for some time.

The political sociologist Wolfgang Streeck writes, “Resilience is [a] term on the rise, having recently been imported into social science from bacteriology, engineering and psychology… [I]t is used both for the capacities of individuals and groups to withstand the onslaught of neoliberalism, and for the ability of neoliberalism as a social order… to persist in spite of its theoretical poverty and practical failure… Note that resilience is not resistance, but more or less voluntary, adaptive adjustment”.

I don’t think my drycleaner thought he was adaptively adjusting.  He just couldn’t afford his power bills.  He didn’t want to let his business slide, but from the look on his face that’s what was beginning to happen.  Since the end of what economists call the Great Moderation – the years 1986 to 2006 – Australians have had a lot to be resilient about.  Our Gini coefficient – the international measure of inequality – has increased, growth has slowed, wages have stagnated, and a quarter of the workforce is casually employed, one of the highest percentages in the world.  Fixed-term contract employment boosts this figure, with the result that less than half of us have the sort of full-time permanent jobs that would cushion the worst effects of the COVID shutdown.

No wonder the federal government moved quickly to bring in its JobKeeper legislation and double JobSeeker entitlements.  It had no choice.  Any delay would have meant unspeakable hardship for millions of Australians.

Where to from here? As these questions are thrashed out in the political arena, businesses like my drycleaners (2 employees: him + his brother) face not only the impact of COVID now, but uncertainty about the future these catastrophes always bring.  Here, we must distinguish between three different kinds of resilience – personal, community and systemic – rather than clump them together into one, all-encompassing state of mind.

Personal resilience is defined by the American Psychological Association as “the process of [individuals] adapting well in the face of adversity, trauma, tragedy, threats or significant sources of stress”.  Clearly, a good thing.  Community resilience is described by the RAND Corporation as “a measure of the sustained ability of a community to utilize available resources to respond to, withstand and recover from adverse situations”.  Ditto, self-evidently good.

Systemic resilience is another story.  “Resilience is the capacity of a system to anticipate, adapt, and reorganize itself under conditions of adversity in ways that promote and sustain its successful functioning” says social researcher Michael Ungar, “that capacity, though, is seldom a trait of the system itself, but instead the result of facilitative interactions with cooccurring, subordinate, and supraordinate systems that make it possible for… its parts to function well during and after a disturbance.”

In plain English: “because people make it so”.  Personal and community resilience is a quality we discover in ourselves when facing exceptional circumstances. Systemic resilience is the result of our daily support for the system of which we are members.  If that support falters – if it degenerates into chronic social violence, for example, or a poisonous fog of conspiracy theories, as in the US and parts of Europe – then we will face problems that the other kinds of resilience simply cannot fix.

The alternative to systemic resilience isn’t systemic collapse, it’s systemic change.  In a recent interview with Kerry O’Brien for Griffith University’s A Better Future for All series, ACTU Secretary Sally McManus was asked a question about the high rate of casualisation of Australia’s workforce. She responded:

For a long time, even those people in insecure work normalise[d] it, especially younger people who know nothing else… People could cobble together several casual jobs to put together a living wage.  No one liked that but it was possible to do.  All of sudden the pandemic comes along and there’s been two brutal realities...  First, people were let go immediately.  Because you don’t have any job security if you’re a casual worker.  Second, because [casual workers] don’t have the same set of rights as everyone else, like sick leave… they were going to work sick… Those two things together – the mass experience of losing a job overnight and having to survive in a pandemic with no leave entitlements – has [shown]… the whole of Australia just how wrong it is… that one in three workers are in this situation.

As Melbourne’s local businesses like my drycleaner come back to life after six weeks of COVID shutdown (longer for some), and the rest of Australia manages the risk of the virus long-term, the question facing the country is not “can we get through this pandemic?” because the answer to that is an emphatic “yes”.  The question is, what do we need to change so that when adversity strikes again– be it health emergency, bushfire, or economic downturn – we have strengthened the system itself? Let’s make that resilient so we don’t have to be. 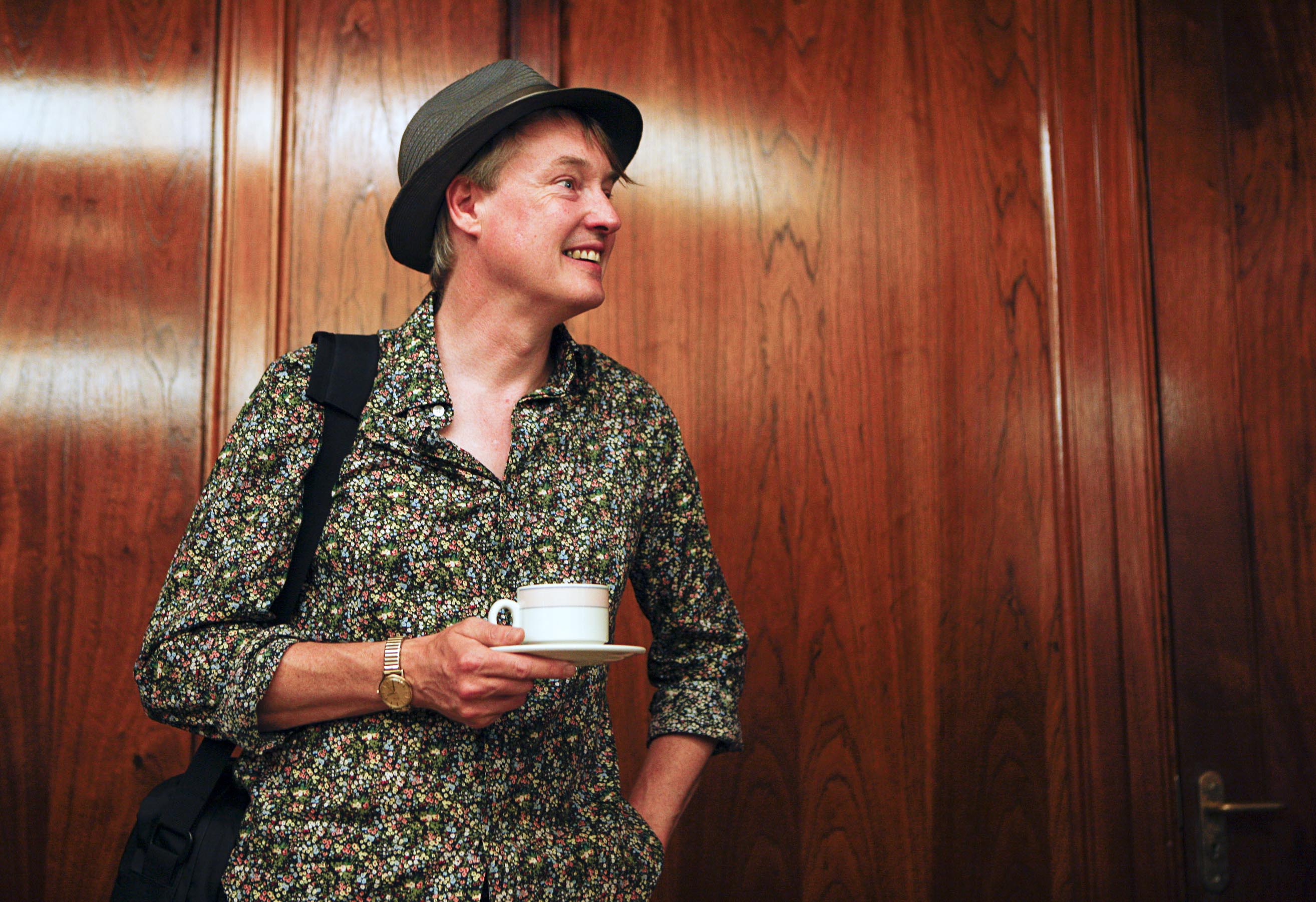 The son of an English father and Australian mother, Julian studied politics and economics at Exeter University. He took an MA in theatre directing in the US and was later Associate Director and Literary Adviser at Melbourne Theatre Company. He has a PhD in the history of Australian theatre and was a Research Fellow at La Trobe University. From 2012 to 2019 he was Professor of Creative Arts at Flinders University.

He has directed over sixty theatre shows, and is winner of the Helpmann Award for Best New Work in 2012. He is a member of the Currency House editorial committee and the Council for Humanities, Arts and Social Sciences Board, and is Artistic Counsel for the State Theatre Company of South Australia. He is a regular media commentator on matters of Australian theatre and Australian cultural policy.

Our tailored professional learning focuses on the issues that are important to you and your team. Bringing together the expertise of Griffith University’s academics and research centres, our professional learning is designed to deliver creative solutions for the workplace of tomorrow. Whether you are looking for opportunities for yourself, or your team we have you covered.