From a random conversation at a bus stop that sparked a dream to become a radio journalist, to winning the award for Best News Presenter on Metro FM radio in Australia, Griffith University Communications graduate Ange Anderson has forged a great career newsreading for radio stations up and down the east coast.

Ange is now the newsreader for the Ash, Kip, Luttsy and Susie O’Neill Breakfast Show at Nova 106.9 in Brisbane. She says she was shocked when was announced as the winner of the Australian Commercial Radio Awards (ACRA) Award for the Best Newsreader in Australia in the Metro FM category, at the glittering awards ceremony in Brisbane on Saturday night.

This is the second ACRA honour for Ange, who won the same award in 2016.

“I actually wasn’t expecting it at all,” Ange said.

“And luckily enough, the guys that I work with, Ash, Kip, Lutsy and Susie O’Neill, they’re the breakfast team here at Nova – they actually presented the awards. That was extra special.

It actually is a good reminder to yourself, I’m not getting stale. So often you do the same thing day in, day out and you think to yourself, is this still for me? But yeah, when you do get recognised on a national level, it makes you realise I should stay in this a little bit longer.”

Her journalism career started with a bit of serendipity.

“It’s funny, I was 14 when I remember standing at the bus stop ready to go to school and there was a girl that I was friends with a couple of grades above me and I remember she said to me, `I want to be a journalist,” she recalled.

“And I thought to myself, what is that? I didn’t know what that was. And so me being me, I went back to the computer…and I saw that a journalist was somebody who reported the news. And it’s funny because I’ve always grown up reading newspapers, watching the news. Even from a very young age, I’ve always been curious. So from then and it was like, yeah, I want to be a journalist as well.”

One of Ange’s greatest loves, is nurturing new talent, giving back to the university she started with, as a tutor of Digital Audio Media Production at Griffith University’s Gold Coast campus.

“I think it’s about four years now,” she said.

“It’s very practical now and I love being able to share what happens in the industry with students going through uni who are so keen to learn and they really do enjoy learning from industry professionals.

“The industry is changing as well. Radio now has also encompassed podcasting. I am the one that’s influencing the students and I take that as a big responsibility because you’re helping shape their career paths.

“And I always tell the students that if this is something that you really want to do in the future, just make sure that you don’t just sit back at uni, you actually invest in making it happen for you because it’s not just going to land in your plate.

“It takes a lot of drive to get to a level where you’re working in a Metro market. For example, in radio or whatever your chosen field is. You’ve got to put the hours in and it’s not just going to come to you.

“I remember at uni I was juggling full time uni, I think it was five subjects, as well as I think it was 20 hours a week work experience at the local radio station, Hot Tomato. But then that led to my first full time job.” 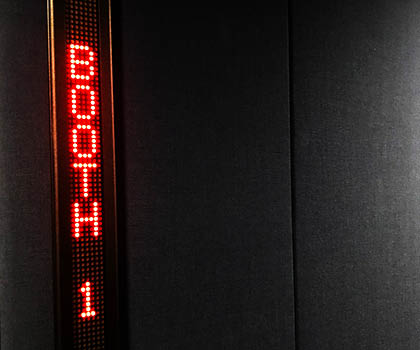 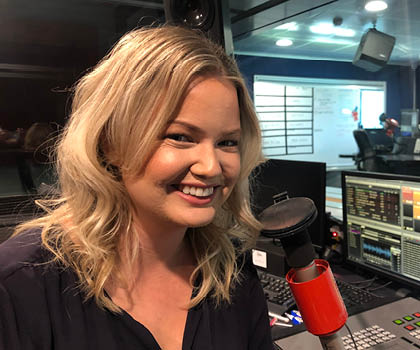 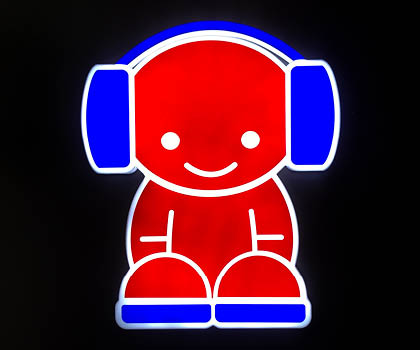 She says the key to her longevity in a relatively volatile industry is commitment to her job.

“It’s just being about being dedicated to the job, really. It takes a lot of dedication,” she said.

“This job isn’t easy. You have to get up. A lot of people don’t realise that you actually have to get up really early. So 4:00 AM is the time that my alarm goes off. And I wish there was somebody that’s sitting there typing the news and writing and searching all this, researching everything. But it’s actually all up to me.

“So I’m the one that comes in with a clean slate. I look for the news, I write it, then I present it. And that shocks a lot of people. It’s not that glamorous at all.”

But meeting the people that come through the door is a highlight for Ange that keeps her motivated for the 4am alarm every day.

“My favourite part of the job would be the people that you get to meet,” she said.

“It’s been an absolute amazing ride over the past 15 years and I say ride because there’s been some very high highs and very low lows. The job can be taxing. So personally I’ve struggled a little bit with that.

“But yes, meeting some amazing people. I got to interview the Dalai Lama, Oprah, Pamela Anderson. It’s also people, when we had the floods here in Brisbane, meeting families who’ve gone through absolute devastation. It’s being able to tell their story as well. If you are dedicated and you do want to make a difference, you can.”

Ange sat down with Griffith to talk all things radio, awards, weddings and what it takes to succeed in the media industry.