A creature of adaptation, Zhariff has never let being born without arms hinder his ability to lead a fulfilling life. In fact, he had no concept of a ‘disability’ until early adulthood and has never viewed himself as disadvantaged. Any obstacle has always been overcome with a solution and his vivacious personality has meant he lives his life exactly how he wants to.

"From the days of school and university, I dreamt of being the best person I could.

"I've been truly blessed that the lack of arms hasn't stopped me from contributing as much as I can towards a better world, and I've had amazing opportunities for growth, development, and ultimately living a meaningful life," said Zhariff.

He studied Psychology at Griffith University’s Gold Coast campus, where he was well-liked and admired by his peers. He was often spotted at campus coffee shops or making the most of the Gold Coast lifestyle whilst learning to surf on a bodyboard he designed for himself. During his time in Australia, he also took the opportunity to obtain his international driver’s licence, in addition to securing a job working at the Centre of International Business Research.

His accolades post-graduation quickly mounted, as did his involvement with Malaysian ministries to develop programs to influence social change and innovation among youth communities.

In 2006, he was named ‘Youth of the Year’ by the Malaysian Ministry of Youth and Sports, before being appointed as an advisor for the Minister of Youth and Sports in the National Youth Development Council. This was followed by similar honours in 2011 and 2012, when he received the ‘Perdana Youth of the Year’ award and was recognised by Malaysia’s Prime Minister as a National Youth Icon.

Zhariff has also been an instrumental member of various foundations and councils, including the National Productivity Council, Malaysia Entrepreneurship Foundation, and the National Youth Council.

Heavily focused on corporate social responsibility and improving the lives of others, he has uniquely applied his academic background in developmental psychology to entrepreneurial business ventures and benevolent endeavours.

He was also the brainchild behind the development of the department store, LOKA, a disrupter in the Malaysian retail landscape. It now serves as a unique platform for local brands such as Pestle and Mortar and Tarik Jeans, to reach out to a larger mass market.

An avid outdoor adventurer, he also regularly participates in a variety of extreme events, including swimathons and famously completed a 750km trail walk to raise money for the Malaysia Foodbank Organisation.

In late 2018, after a period of intense emotional turmoil, Zhariff turned his pain into an opportunity, and successfully published his first book, ‘SOS: Surfing Out Stuff’. This came to fruition after previous failed attempts – testimony to his perseverance and ability to continually meet obstacles with solutions.

'It's been a long hard journey filled with all sorts of challenges and failures, sprinkled with an abundance of love and joy," Zhariff recalls.

Surprisingly, Zhariff has spent a large portion of his 37 years trying to prove himself to others, despite his life being marked with milestones and accolades achieved by few others. It is difficult to summarise the extent to which he has succeeded in his chosen field of developmental psychology and serving his community. However, a small snapshot is outlined below, with a focus on socially responsible initiatives and improving his community at large:

Today, he continues to exude his passion for helping others through his ongoing volunteer work in crisis-stricken countries and his role at UNICEF, to develop their volunteer engagement strategy. This was recognised when he was named a winner in the 2019 Malaysian Australian Alumni Council Awards.

Bringing a wealth of experience from community programs, social action advocacy, and humanitarian relief both locally and internationally, Zhariff is well known to be an inspirational and outstanding figure in the social entrepreneurship, community, and not-for-profit sectors.

He has also been named Griffith Health's 2020 Outstanding International Alumnus, another achievement he humbly accepts.

"It really means a lot to receive this award. I have nothing but gratitude for these blessings that I have received," said Zhariff. 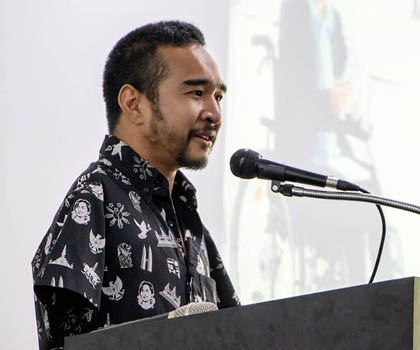 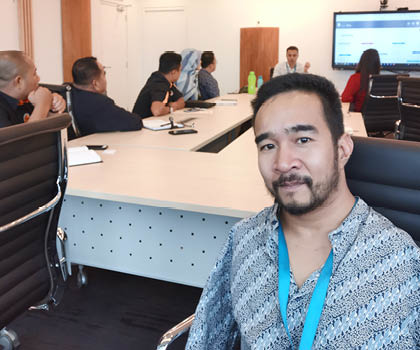 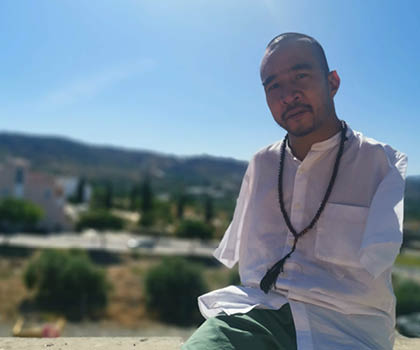 If you have any questions about alumni and giving, please get in touch.