To honour, respect and remember the Aboriginal and Torres Strait Islander men and women who have served and those who have paid the extreme sacrifice for our country.

A place in History

It is estimated that over 500 Indigenous Australians fought in the World War 1 despite many being refused entry into the Australian Imperial Force on the basis of their race. Many slipped through the enlistment process by pretending to be Maori, Pacific Islander or Indian and fought for their country on many battle grounds including Gallipoli. By 1917 however, recruitment of the general population became increasingly harder and when a national referendum for conscription was lost, restrictions were cautiously eased to allow Half-castes to enlist under special conditions. Indigenous Australians in the World War 1 served served side by side with non-indigenous service men and for the first time in their lives were judged on their character rather than the colour of their skin whilst at war. After the war however they returned to find that discrimination remained or had worsened. They were once again segregated from society under continuing paternal protection policies, were prohibited from taking part in ANZAC day marches, denied returned servicemen land grants and in many cases found that the government had taken their children away whilst they defended their country.

Honouring the service contribution of Aboriginal and Torres Strait Islander Australians to the nation is a vital part of the reconciliation. At war different cultures united due to the common love they had for this great country. Building a memorial in their honour will see a processes undertaken that finally brings recognition to their valiant efforts but also feeds into new and richer understandings about Australian identity and history.

The concept for the Memorial tells of the contribution and sacrifice of all Indigenous Australians that have served or died in armed conflicts, from the Boer War through to recent times. 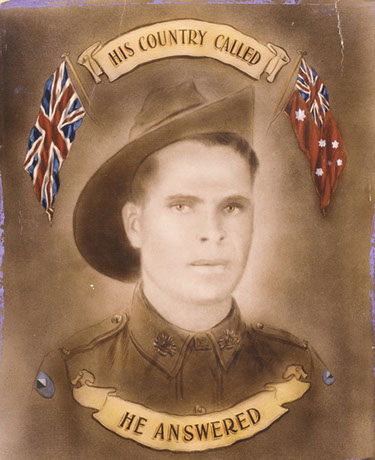 Our Committee representation includes ex service men and women, academics, artists, Aboriginal and Torres Strait Islander community elders and other groups who are dedicated to the idea of of establishing a memorial.

ATSIDMQI was formed to ensure the sacrifices of men such as Private Fredrick Beale 2/20th Battalion WW2 (pictured left) and his brother Private George Beale are recognised. These men were captured after the fall of Singapore in 1942. They spent time in Changi POW camp before being sent to Japan to slave in a steel mill. Pte George Beale died from injuries sustained in an accident after working a 24 hour shift. Private Fredrick Beale survived the war and returned home in 1945. (Source: Australian War Memorial)