Kathleen Daly is Professor of Criminology and Criminal Justice, Griffith University (Brisbane). She writes on gender, race, crime, and criminal justice; and on restorative, Indigenous, and transitional justice. Her recent work is on conventional and innovative justice responses to violent victimisation; and on redress for institutional abuse of children in international context. She was a member of the Commonwealth Independent Advisory Council on Redress (2016-18) and has received seven Australian Research Council Grants (all but one as sole CI), totalling $2.33 million.

Curriculum vitae as at November 2019

Longer Bio as at November 2019

Short and medium Bios as at November 2019 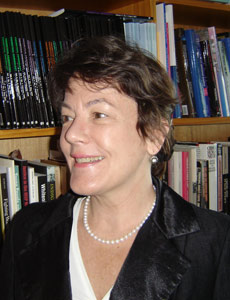 Publications last updated November 2020. Papers/reports available on-line and by links (in PDF format). Please contact the author if links are not working.

RECENT PUBLICATIONS IN THESE AREAS ARE LISTED HERE:

For other recent publications, please check the 'Other publications and book reviews' tab.

Conventional and innovative justice responses to sexual and violent victimisation

This publication is still in preparation: reform of state-funded criminal injuries and financial assistance schemes in five Australia jurisdictions, with comparisons to Canada, the US, and the UK (project led by Robyn Holder).

This project investigates the emergence, operation, and impact of innovative  justice responses to victims of sexual violence for a global sample of countries over two decades (1990-2009).  It expands the scale and scope of my previous research on restorative and Indigenous justice in Australia, New Zealand, and Canada by including a wider set of nations and justice practices in the developed and developing world, and in different socio-political contexts (conflict, post-conflict, and peace).  This project is funded by the ARC.

The South Australia Juvenile Justice and Criminal Justice (SAJJ-CJ) Project on Conferencing and Sentencing gathered and analysed data on the race and gender politics of new justice practices in Australia (South Australia and Queensland) and New Zealand. Sub-studies include an archival study of sexual offence cases finalised in Youth court and by conference and formal caution; interview studies of victim advocacy groups and of Indigenous and non-Indigenous women's views on restorative justice in handling cases of sexual and gendered violence; analyses of sentencing remarks in youth sexual assault cases; and observational and interview studies of urban Indigenous sentencing courts and other justice practices in more remote areas of Australia. Both projects have been funded by the ARC.

Restorative justice and conferencing, including the SAJJ project and recidivism studies (1996-2008)

The South Australian Juvenile Justice (SAJJ) Project on Conferencing gathered and analysed data for 89 youth justice conferences in South Australia in 1998.  SAJJ-eligible offences were all types of violent offences and property offences involving individual victims or community victims (e.g. schools, but not department stores).  Observations of the conferences were joined with self-administered surveys of the police and coordinators, and with in-depth interviews of youthful offenders and victims in 1998, and again, in 1999.  The early papers (above) analyse data from a preliminary study of conferences in the ACT and South Australia in 1995-96, a preliminary study of conferences and sex offences, and present my early views on the idea of restorative justice.  Other papers include conferences and re-offending and overviews of conference practices in the region.

Strunk and White (1959) The Elements of Style

WRITING LIKE A DREAM, K Daly outline and resources