Peter Glasner is Professorial Research Fellow at the ESRC Centre for the Economic and Social Aspects of Genomics (Cesagen) at Cardiff University, undertaking research on current developments in post-genomics (particularly the rise of proteomics) and stem cell technologies in India and the UK. He has taught at a number of institutions in Britain, and was a foundation sociology lecturer at the Australian National University from 1971-1977. He has held visiting positions at the Universities of Sussex, Bristol, and the West of England, and was a Morris Ginsberg Fellow at the London School of Economics. His longstanding interests are in the organisation and management of the new genetics, the development of innovative health technologies, and in public participation in techno-scientific decision-making. Books include, most recently (with Aditya Bharadwaj) Local Cells, Global Science: the Rise of Embryonic Stem Cell Research in India and (co-edited with Paul Atkinson and Margaret Lock) Handbook of Genetics and Society: Mapping the New Genomic Era, both with Routledge. He is a founding editor of New Genetics and Society and 21 Century Society: Journal of the Academy of Social Sciences, and of the Routledge ‘Genetics and Society’ book series. He is an Academician of the Academy of Social Sciences and a Fellow of the Royal Society of Arts.

As well as being the conference dinner speaker, Peter is also presenting a conference paper called: “Celling the future: stem cell banks and bioeconomies in Europe and Asia”, and will also chair a special roundtable/panel tentatively called Techno-Science Engagement and Citizenship: Asia-Pacific Perspectives. 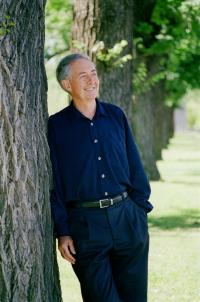 Professor Ian Lowe AO is currently emeritus professor of science, technology and society at Griffith University in Brisbane, as well as being an adjunct professor at Sunshine Coast University and Flinders University. He has degrees in engineering and physics, and is the author of 20 books and more than 500 other publications. Professor Lowe’s contributions to environmental science have won him a Centenary Medal, the Eureka Prize for promotion of science, the Prime Minister’s Environment Award for Outstanding Individual Achievement, the Queensland Premier’s Millennium Award for Excellence in Science, and the University of NSW Alumni Award for achievement in science. Professor Lowe was named Humanist of the Year in 1988 and made an Officer of the Order of Australia in 2001.  In 2004, he was elected the president of the Australian Conservation Foundation.

We need 'sustainability science' and technologies chosen after sensitive environmental and social impact analyses if we are to achieve the goal of a sustainable future.

Associate Professor Yuko Fujigaki is associate professor at the Graduate School of Arts and Sciences, University of Tokyo, Japan. She was a council member of the Society for Social Studies of Science (4S) 2002-2005 and is now program chair for the 4S 2010 Tokyo meeting, jointly held with Japanese Society for Studies of Science and Technology. Her 2005 edited book Case Analysis and Theoretical Concepts for Science and Technology Studies (Univ. of Tokyo Press) deals with Japanese cases relating to STS , including Minamata disease (mercury pollution), Itai-Itai Disease (cadmium pollution), Monjyu (nuclear power plant) incidents, AIDS , BSE , and GMOs . This book also questions universalities vs. cultural differences in STS concepts. Other books include The Public Ethic and Spirit of Specialism and the edited volume Theoretical Perspectives for Science Communication (Univ. of Tokyo Press 2008). She is now analysing cross-boundary conflicts among different journal communities, using a concept of 'validation boundaries', and in relationships between validation boundaries and the social responsibility of scientists. Governmental activities include being Vice Director of Research, National Institute of Science and Technology Policy, Science and Technology Agency, 1996-2000; and member of the Policy Evaluation Committee of the Ministry of Education, Science, Technology, Culture and Sports, Evaluation Committee for Research Institutes of Ministry of Economy, Trade and Industry. 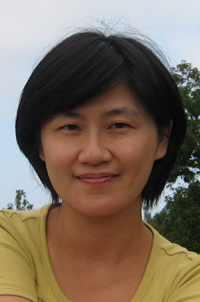 Dr Wenling Tu is associate professor at the Department of Public Policy and Management, Shih-Hsin University, Taiwan. In 2008, she joined the committee of Taiwan Science, Technology, and Society Association. Her co-edited book 'Challenging the Chip: Labor Rights and Environmental Justice in the Global Electronics Industry' (2006, Temple University Press) reveals the dark side of high-tech electronics development, analyses the globalisation of electronics and its failure to keep pace with social and environmental advances, and advocates sufficient policy tools and social mobilisation to keep the industry environmentally and socially responsible. Her publishing efforts addressing the environmental impacts of the high-tech industry and their social implications and involvement in environmental activism and research saw her as the 2007 Top Ten Rising Stars in Taiwan/Environmental Protection Award Winner and the 2004 Bob and Sydney Brown International Humanitarian Award. She is an active organiser for citizen deliberative forums on various kinds of policy issues in Taiwan and the co-founder and a board member of the Taiwan Environmental Action Network. She has also served as member of the environmental committee of the Ministry of Education, commisioner of the Central Taiwan Science Park monitoring committee, and commi sioner fof the 4th nuclear power plant monitoring committee, Taiwan EPA .

In this presentation, I will discuss the rapid technology development and environmental challenges in Taiwan, which has experienced highly industrialised development and dramatic democratic transitions over the past 20 years. Although democratisation has forged opportunities of procedural changes in favour of public participation, challenges remain to foster substantial participation in the technological and environmental decision making processes. Using the example of environmental controversies of science park development, I address the challenges of citizen participation in environmental and scientific disputes. Further, I will discuss Taiwan’s recent experiments on citizen deliberative forums and their implications for enhancing science and technology communications. 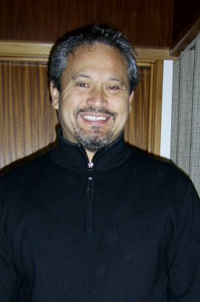 Bevan Tipene-Matua has qualifications in law, Māori history and resource management and has worked for over a decade as a researcher, teacher and regulator in the area of social and cultural implications for Maori and indigenous peoples of biotechnology and genetic science. A former Head of Maori studies at the University of Christchurch, and Executive Director, Christchurch Polytechnic, he has led several research teams on the impacts of genetic testing technologies on Māori over the last 9 years. He is currently leading a Māori ethics team working with geneticists and health researchers on an indigenous led population genetics health study.  He lives in his traditional homeland and coastal village Porangahau, Hawkes Bay, with his wife and three children and works as a community leader in indigenous development (working with youth, families and tribal elders), resource management and customary fisheries issues, and is building a local research and consultancy entity.

As the first decade of the 21st century closes it is timely to reflect on where we have come as STS researchers, teachers and activists. For nearly two decades Māori and other indigenous peoples have raised concerns over the ethical and spiritual impacts of novel genetic technologies. It poses key questions for social science researchers who have not slowed down life patents over indigenous genetic materials and ethically unsound genetic research on indigenous communities. Despite significant effort and resource expended on social science research into the negative impacts of new biotechnologies, indigenous and other communities remain at risk from those impacts including the continued rise of life patents, bio-prospecting, genetic testing and GMOs . This paper argues that this unsatisfactory situation is largely due to indigenous spiritual traditions being replaced with the western science tradition driven by the unsustainable pursuit of profit and power, which has stripped society of a time tested moral code to devastate indigenous and other communities. This situation, established by propaganda and hype, has made it nigh impossible to implement indigenous spiritual frameworks, for example, for genetic research with indigenous communities. What is then needed is careful reflection on how this situation might be rectified for indigenous communities. I explore this in relation to a set of key ethical principles and learning’s gained from resent experiences with an indigenous led genetic research project. 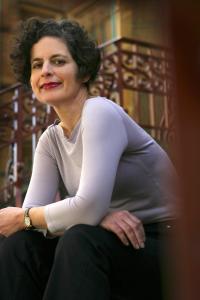 Associate Professor Catherine Waldby is International Research Fellow in the Department of Sociology and Social Policy, Sydney University. From 2001-2003 she was the Director of the Centre for Research in Innovation, Technology and Culture at Brunel University, London. She researches and publishes in social studies of biomedicine and the life sciences. Books include AIDS and the Body Politic: Biomedicine and Sexual Difference (1996), The Visible Human Project: Informatic Bodies and Posthuman Medicine (2000), Tissue Economies: Blood, Organs and Cell Lines in Late Capitalism (with Robert Mitchell, 2006) and The Global Politics of Human Embryonic Stem Cell Science: Regenerative Medicine in Transition (with Herbert Gottweis and Brian Salter, 2009). She is a foundation member of the global biopolitics research group, an international consortium of scholars who investigate the effects of cultural, political and economic globalization on the social relations of biomedicine.

Clinical Labour: Tissue Donors and Research Subjects in the Bioeconomy

The Post Fordist diversification in forms of working life has generated a range of new analytic terms – affective labour, precarious labour – that try to account for changes in the structure of work since the 1970s. In this presentation, I will propose an additional term – clinical labour – to describe an under-recognised and under-theorised form of productive activity in the global biomedical and pharmaceutical industries. Clinical labour describes the productive bodily work performed by tissue donors and medical research subjects in the production of bioeconomic innovation value such as intellectual property. However, these activities are not recognised as labour because they generally take place under aegis of gift relations and informed consent that makes this activity appear as altruism. I will investigate the utility of this concept, and map out some of the key dynamics of clinical labour in the global bioeconomy. 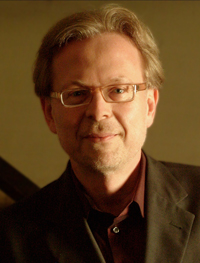 Herbert Gottweis, is professor at the department of Political Science at the University of Vienna and directs the Life Science Governance Research Platform. With regard to the Asia-Pacific, he is working on biobanks and stem cell research in China, and is visiting professor at the United Nations University, Tokyo, in addition to his work on the stem cell fraud case in South Korea (which his keynote presentation will be about: see abstract below). His research focuses on transformations in public policy, and in particular on governance challenges in the field of life-sciences.  His book publications include Gottweis Herbert, Salter Brian and Waldby Catherine (2009): The Global Politics of Stem Cell Research: Regenerative Medicine in Transformation, London: Palgrave; Gottweis, H/Petersen A (2007), Biobank Governance in Comparison (London: Routledge); Gottweis, H., (1998), Governing Molecules. The Discursive Politics of Genetic Engineering in Europe and in the United States (Cambridge, Mass.: MIT Press).

I explore the scientific fraud case of the South Korean stem cell scientist Woo-Suk Hwang, which I interpret as a struggle over political identity. The South Korean state supported Hwang´s research hoping to establish Korean scientific-technological leadership in biotechnology, but it combined this globalization strategy with an identity politics built around the Korean people. The emerging bio-nationalism exceeded traditional ethnic nationalism insofar as the traditional ethnicity marker of “blood” was displaced by biologically scientifically grounded notions such as the stem cell or the oocyte. These new biological markers defined national identity and embedded the transformative potential of modern bio-medicine to be put into the service of Korean bodies and the nation’s economic future. Bio-nationalistic mobilization became hegemonic in South Korea in 2000 and undermined the democratic process, giving rise to violations against core principles of good governance. This bio-nationalistic narrative was challenged by an attempt to define political identity through the ideas of political citizenship, liberal democracy, and participation.