The Centre for Interfaith and Cultural Dialogue is closed right now. Please check back for further updates. 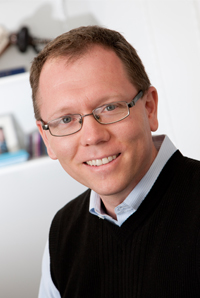 Dr Brian J Adams is the Director of the Centre for Interfaith & Cultural Dialogue at Griffith University. As a former Rotary Peace Fellow, Brian is primarily focused on promoting respect and understanding across cultural, religious and organisational boundaries.

Brian's 20-plus years of work in Africa, Europe, North America and the Asia–Pacific bring a compelling international perspective to the Centre. His background in mediation, conflict management and dialogue facilitation strengthens the Centre's ability to address some of the great challenges facing the world today, while his fluency in English, French and Swahili allow him to expand the work of the ICD to marginalised groups in Australia and to troubled regions across the globe.

Brian is a founder of the G20 Interfaith Forum, an annual public dialogue platform to draw on interfaith insight and experience in developing recommendations on issues relevant to the G20 Leaders Summit.

Brian is also the author of the CURe Program for Productive Diversity. This program helps create the mindset, develop the skills and establish an environment for people to value the traditions and perspectives of others and to contribute their own. It lays the foundation on which productive diversity is built. 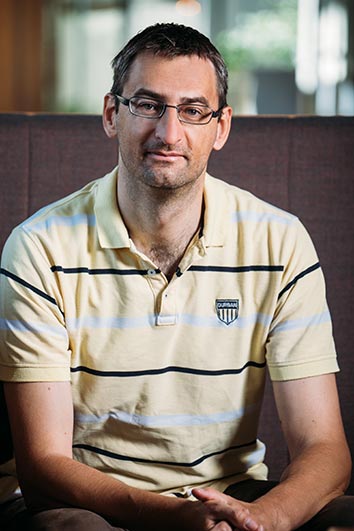 Dr Adis Duderija is a Senior Lecturer in the Study of Islam and Society at Griffith University and a Senior Fellow at the Centre for Interfaith & Intercultural Dialogue. Dr Duderija has a long standing activist and academic track record in promoting interfaith and intercultural understanding locally, nationally and globally.

Dr Duderija is a first generation Bosnian Australian with refugee background and, prior to joining Griffith in 2017, has worked at the University of Melbourne, University of Malaya (Malaysia) and University of Western Australia where he received his PhD in 2010 in contemporary Islamic hermeneutics with special emphasis on Muslim-Non Muslim relations and gender issues.

Dr Duderija has published extensively on exclusivist and inclusivist interpretations of Islam in relation to the Religious Other, Religious Pluralism from the perspective of the theory of progressive Islam, interfaith dialogue theory and the role of religion in violent extremism, social cohesion and constructions of gender.

Since his undergraduate days Dr Duderija, in his capacity as the Vice President and later President of the Muslim Student Association at the University of Western Australia, has been part of many interfaith initiatives spanning over two decades. From 2005- 2010 he co-founded and headed an interfaith group "Abrahamic Alliance" in Perth. In 2017 he co-founded the Network of Spiritual Progressives-Australia in Brisbane which focuses on raising awareness and promotion of social justice, gender justice and religious pluralism locally, nationally and globally. Dr Duderija is also a member of Religions for Peace-Australia and the Australian Religious Response to Climate Change.