Home > Centre for Governance and Public policy > Our research > Environment, resources and sustainability

This program focuses on the way in which politics, public policies and institutions affect the impact of the mining, oil and gas industries on social and environmental sustainability. It examines issues surrounding resource development on Indigenous lands and relations between Indigenous, corporate and state actors and their consequences for the social and cultural sustainability of Indigenous peoples.

BOOK CONTRACT FOR GLOBAL STUDY ON INDIGENOUS PEOPLE AND MINING

Professor Ciaran O’Faircheallaigh has signed a book contract with Oxford University Press (OUP)for what promises to be the definitive work on Indigenous peoples and the mining industry in the contemporary world.

The book will draw together Ciaran’s research and his work as a negotiator for First Peoples over the last two decades, and will incorporate new research now under way on South America, South East Asia and Sami peoples in northern Europe.

Ciaran is to deliver a 130,000 - word manuscript to OUP with the working title Indigenous Peoples and Mining: A Global Perspective December 2021.

Dr Ellie Martus takes a look at a post pandemic national environmental policy, what are the challenges and what's happening around the world. Business and industry groups around the world have been lining up to ask governments to restart the economy. But will economic recovery come at the expense of the environment?

This is Ellie's first piece for the Policy Innovation Hub's Machinery of Government blog.

You can read Ellie's piece below.

Congratulations to Professor Ciaran O'Faircheallaigh and Professor Thierry Rodon (Laval University in Quebec) who have received $110,000 in funding to carry out their research on implementation of agreements between Indigenous people and industry.The grant received from the Social Sciences and Humanities Research Council of Canada, via its Knowledge Network on Mining Encounters and Indigenous Sustainable Livelihoods, will fund Ciaran and Thierry's research project 'Realising Indigenous rights: Effective implementation of agreements between Indigenous Peoples and the extractive industry'. The project is supported by Indigenous organisations including Ely Mine Beneficiaries Trust, Dja Dja Wurrung Clans Aboriginal Corporation and Conseil de la Nation Innu de Matimekush-Lac John. These organisations will provide access to research data and sites, and will make immediate and practical use of the research team's findings

Indigenous voices and cultural integrity in Australia was showcased in the 2019 Social Sciences Week event presented by the School of Government and International Relations (SGIR), Griffith University’s Indigenous Research Unit (IRU), and the Centre for Governance and Public Policy (CGPP). An expert panel drawn from our Aboriginal and Torres Strait Islander communities explored how cultural voice can be utilised and embedded within the community as a whole. The panel discussed how cultural voice is expressed and utilised to influence public policies and outcomes at the inter-face between Indigenous and non-Indigenous Australia.  Thank you to panellists Phillip Brooks, Uncle Bill Buchanan, Natalie Lewis and Clinton Shultz.  A big thank you also to MC's Bart Stanford and Julie Ballangarry and Dr Heron Loban for her thought reflection presented on behalf of Professor Boni Robertson.

to discuss recognition of Indigenous rights in Australia and Canada 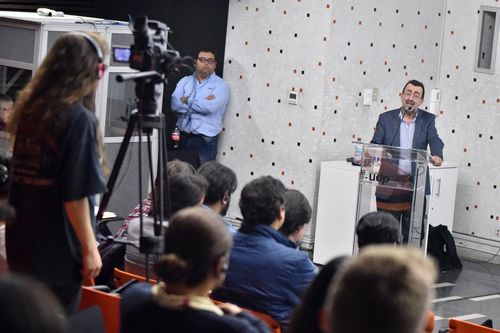 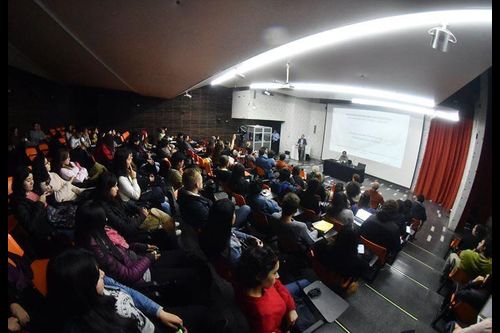 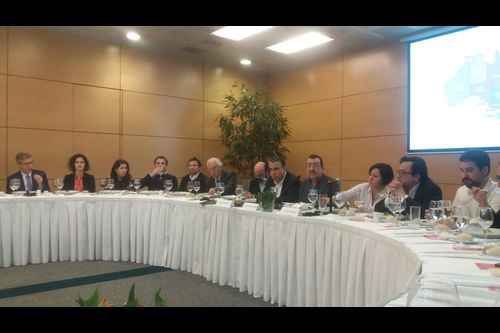 Professor Ciaran O’Faircheallaigh recently spent a week in Santiago, Chile, at the invitation of Professor Claudio Fuentes of the Universidad Diego Portales, to discuss recognition of Indigenous rights in Australia and Canada. Some 12 per cent of Chile’s Indigenous population identifies are Indigenous, with the Mapuche people of southern Chile the largest Indigenous group at some 1.7 million people. Chile has historically done little to provide recognition to its Indigenous peoples, and during the Pinochet regime in particular Indigenous lands were made available for large-scale exploitation by industrial interests. In recent years a number of formal steps have been taken to provide recognition, including Chile’s 2008 signing of International Labor Organisation Convention 169 on Tribal and Indigenous Peoples. However practical action to ensure that formal recognition translates into greater Indigenous control over development on Indigenous lands has been slow in coming. There is considerable interest in Chile in what Australia and Canada have done in this regard.

In addition to meeting with researchers and conducting interviews, Ciaran delivered a public lecture at the Centre for Intercultural and Indigenous Studies, Universidad Diego Portales, on the theme ‘Indigenous peoples rights and extractivism: the Australian and Canadian experience’. Watch video here.   He also had the opportunity to address and engage with representatives of Chile’s business community at a lunch hosted by the Chilean business organisation ICARE.  The 60 attendees displayed a wide range of attitudes towards recognition of Indigenous rights. Some expressed outright hostility, while others accepted the need for recognition, and focused on the practical steps business can take to develop a more productive engagement with Chile’s Indigenous peoples.

Ciaran plans to pay a longer visit to Chile as party of a sabbatical in the second half of 2020, and to have the opportunity to undertake field research with Mapuche and Atacama peoples dealing with mining and forestry activity on their ancestral lands.

ULURU STATEMENT OF THE HEART AT GRIFFITH

Centre members Professors Ciaran O'Faircheallaigh and Duncan McDonnell combined with the Indigenous Research Unit to present a Special Seminar by Thomas Mayor on the Uluru Statement from the Heart. Thomas shared his insights in relation to the consensus at Uluru, his travels throughout the nation with the Uluru Statement Canvas, and what all Australians can do to achieve the Statement's ultimate vision: A Constitutionally Enshrined First Nations Voice and Makarrata.  Elder Bill Buchanan from Reconciliation Queensland and Heron Loban from the Griffith Law School contributed to the seminar.

MINING ROYALTY PAYMENTS AND THE GOVERNANCE OF ABORIGINAL AUSTRALIA

Following on from the 2017 Distinguished Lecture, Professor Ciaran O'Faircheallaigh has produced the paper, Mining Royalty Payments and the Governance of Aboriginal Australia you can assess the paper here.

The Powerpoint presentation is also available by clicking here.

Find out how our research can help your group or organisation through collaboration.

Get in touch with the Centre for Governance and Public Policy