Simryn Gill (1959–) has developed a distinctive oeuvre that encompasses an array of media and processes, including drawing, installation and photography.

The series of large black and white photographs, Sweet Chariot (2015), depicts the Strait of Malacca, taken from a fishing boat in the vicinity of the artist’s studio in Malaysia. The title is derived from the African American spiritual “Swing low, sweet chariot”. It conveys a longing for home, which might be earthly or heavenly.

The new series of relief prints Pressing In (2016) was developed with Melbourne printmaker Trent Walter. They are impressions taken off the surfaces of machine-shaped and hand-wrought timbers washed onto the same coast. Various paper types are used, from a catalogue of butterflies, the locations of stars, the moral development of children, industrial design practice, and wage rolls and ledgers.

An earlier sculptural work Four atlases of the world and one of stars (2009) pulps and reconstitutes into spheres a flattened version of knowledge and classification. Resonances with texts and their role in shaping and triggering but also limiting ideas, play out in this exhibition, where bound objects and those adrift reveal complex global relations at a particular stage in time.

Sweet Chariot is the first exhibition by Simryn Gill in Australian public institution for five years. Her non-literal and unimposing approach to artmaking has profoundly contributed to the landscape of contemporary art in the last three decades, both internationally and in Australia. This exhibition, across multiple mediums, explores the resonances and intersections of the personal, poetic and geopolitical perspectives of Gill’s extensive practice. 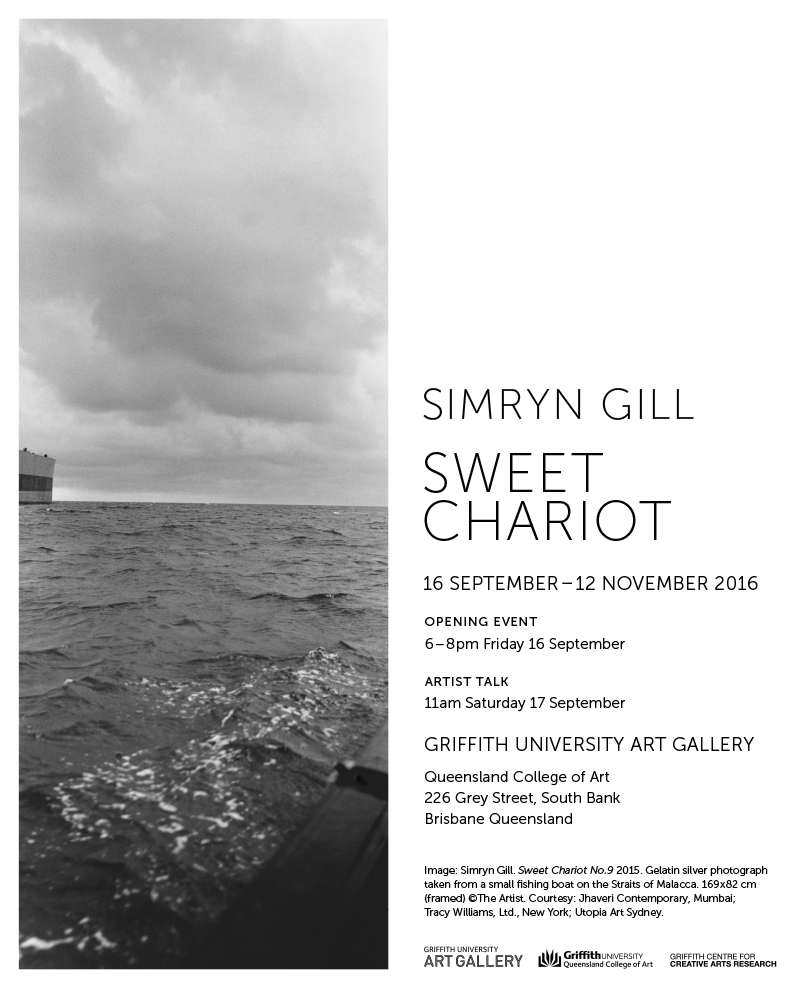