His professional journey started in 2002, when he was one of only five students that year, to be accepted into the Bachelor of Information Technology with Advanced Studies.

"For me, I felt that the Griffith Bachelor of Information Technology with Advanced Studies would be the pinnacle of what would be possible to accomplish within the IT industry. At the time, the course only accepted five people per year and you needed to have achieved a minimum of an OP2 to gain entry," he recalled.

His affinity for entrepreneurship was ignited during his second year of study, when a classmate introduced him to someone needing a website built for their new business venture. It was an opportune time for James to put theory into practise.

"I was fascinated by what they were doing and how they were doing it. I'd just learnt some skills that allowed me to suggest that I could improve their processes. At the time they had a process that would take up to six hours, for someone with many years experience," James said.

"Sitting at the kitchen table, I wrote some code that allowed his 12-year-old daughter to complete the same task, in less that a few minutes.

"This helped revolutionise their business, taking them from a small business to a significant business in their industry. As a result, the business owner gave me office space, computers and acted as my mentor, helping me start my own business - Bloomtools."

Bloomtools is now an international software-as-a-service (SASS) company that helps businesses "bloom" through the use of technology. The business was launched with franchisees and resellers selling the products, which were delivered from the Bloomtools head office on the Gold Coast. For over a decade, the company has continued to grow under James' guidance as Director, with operations now in Australia, New Zealand and Canada. Their head office remains proudly on the Gold Coast in Queensland.

James' entrepreneurship journey continued when history appeared to repeated itself. James had a chance conversation with someone experiencing an issue with their business.

"Whilst at Bloomtools, one of our resellers told me about a problem in the events industry, where event organisers had no access to venue availability and pricing. Even in today's automated world, the booking of a venue for an event is entirely manual.

The result? Using his university learnt Information Technology skills, along with the tools he had created in Bloomtools, James developed a technological solution to the problem - iVvy - the world's first online booking engine for the events industry.

"iVvy has been growing tremendously with most Australian restaurants and hotels now using the platform," James said.

"We now have operations in the UK and USA with companies like Wembley Stadium, Accor and Treasure Island in Vegas using our technology. iVvy is where I spend a considerable amount of my time, as we continue to grow.

"My biggest goal would be to list iVvy on the Australian Stock Exchange (ASX). It's one of the few opportunities that one gets to create something that can truly change an entire industry and a listing would be an incredible achievement!"

"I have many hobbies and Wildflower Gin is the combination of two of them - my love for bee keeping and distilling," he said.

"We use the honey from my bee hives as one of the ingredients for our gin, allowing everyone in Burleigh on the Gold Coast to contribute to our gin through the flowers in their backyards. It's been fun to create something tangible and to use the skills I've developed within the software industry into something entirely different."

Starting a distillery is no small feat, particularly in Queensland where the liquor and licensing laws are not well aligned with artisan distilling. The Wildflower Gin business idea started in 2018, when James began liaising with the various Council and Government departments, to navigate the necessary red tape. Then to put a perceived spanner in the works, the COVID-19 pandemic hit Australian shores the week the distillery was due to open. But James quickly adapted and pivoted.

"Our original plans of launching a gin brand quickly changed to us joining the health industry, producing sanitiser for the community," he said.

"We launched a website and within hours of our launch, had taken over 3,500 orders for sanitiser!

"Whilst it wasn't planned, it ended up being an amazing opportunity. I was able to employ team members from my other business that had been affected from the shut-down and were unable to get JobKeeper.

Thankfully, Wildflower Distillery can now get back to focusing on their core business of gin, which went through an extremely rigorous testing process before launch.

"We went through about 76 iterations of our gin before we decided on this particular one, and really what we've ended up with is something that's designed for people who maybe had bad experiences with gin or maybe those that aren't gin drinkers; it's just so light and easy to drink," James said.

Though Wildflower has only just launched, an enthusiastic Australian gin community has bought out their first batch and they have already been picked up by gin subscription service Gin Lane as its monthly pick for May 2020.

"Our most exciting moment for Wildflower was when we sold out of our first batch of gin so quickly. It's a great feeling to have created something that is getting such great feedback," James said.

Another major coup for James's new business was winning Gold in the 'classic dry' category at the 2020 Australian Gin Awards, which is run by the Australian Distillers.

Furthermore, in September 2020, James has contracted with the Coles group to have Wildflower Gin stocked in First Choice, Liquorland and Vintage Cellar stores.

Whilst the Gold Coast distillery bar is not open yet, the public can taste their signature gin via the cellar door and even participate in a two hour gin making masterclass.

Reflecting on his journey and looking to the future

James is fortunate to have had a range of mentors over the years that have willingly given their time to guide and assist him through all his ventures.

"My biggest mentor is Phill Gale, the owner of the company that initially gave me the office space and resources to start Bloomtools. He's continued to support me by investing in iVvy and acting as our chairman at one point to help during a particularly turbulent time within the business," he said.

Looking back on his university days, James has many fond memories but one of his favourites was time spent at the Logan campus, an environment starkly different to the tech world he entered.

"I was based from the Gold Coast campus but some of my courses were held the Logan campus. I use to really enjoy spending the afternoons studying, with the cows in the paddock just next door!" he said.

"For me, there were two really important things that I obtained as a Griffith student. The first is the connections I made with others, that I still have today as part of my Griffith alumni community. I still work with one of my classmates that also completed the Bachelor of Information Technology with Advanced Studies and talk to the others regularly.

"The second is developing the skills to learn. The world is changing so quickly that the concepts that you learn may be different in a few years, but if you have built a great network, and a love of learning it will carry you through your career. 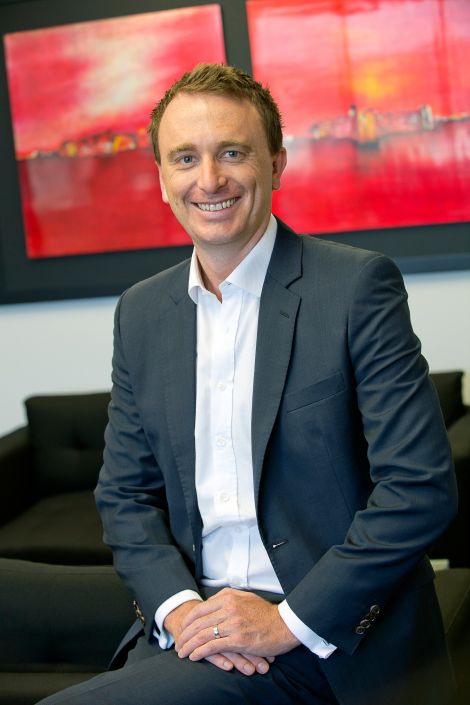