The world of superyachts

For Griffith University Business graduate Cameron Bray, hard work and lucky twists of happenstance have intertwined to lead him into his career chartering super yachts around the world.

He has been recognised twice as the Gold Coast Young Entrepreneur Hospitality and Tourism Award winner, after building up his company Bray Management - The Superyacht People, to cater for a growing Australian super yacht clientele.

His glamorous life on the yachts of the rich and famous is a long way from what he envisioned growing up, that he would become an accountant. Growing up on the southern end of the Gold Coast, Cameron knew that he loved the water and being near it or in it. But beyond that he was unsure what the future would bring.

“I felt, look, as much as I still like the numbers, I need to be around people more and I need to interact with people and I get my energy from people so I thought I need to find a way that I can turn this around and keep the study heading in that direction,” he recalls.

“So fortunately, we still had room with electives that I could complete the degree and move into the business management and human resource management side of things.”

After completing his business degree at Griffith University’s Gold Coast campus, he followed the well worn path overseas as a backpacker in Europe.

But it was his decision to try his luck in France working as crew on yachts, that changed the direction of his life.

“I met some more people there and they said, `Hey look, when the snow melts we go down to the south of France and work on the yachts’,” he says.

“I thought, "Well that sounds like a bit of fun. Look, I'll do that for a summer and then I'll head back to London and put the suit and tie on.

“But the romance was soon quashed once I got down there and realised that I didn't have anywhere to stay. So I actually bought a tent and moved into a caravan park.” 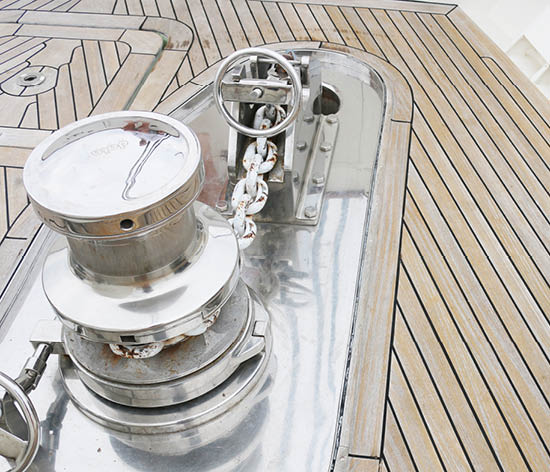 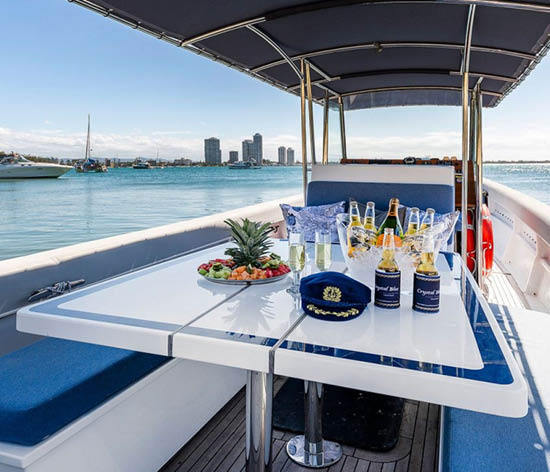 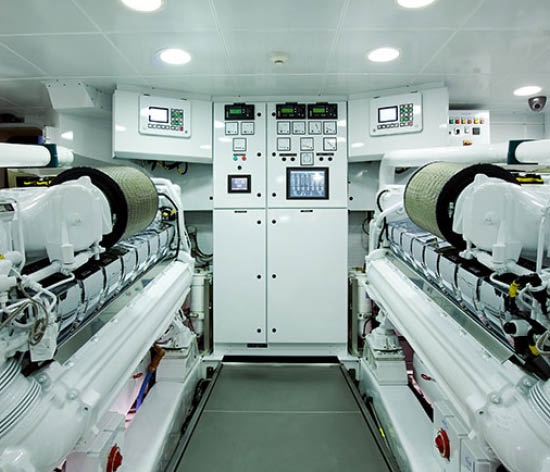 But before long, he was crewing for a Saudi princess. It was a world he barely knew existed before that time.

“Once they get over the 24 meters or 80 feet and they need a full time crew, then it's classed as a superyacht,” Cameron says.

“Here I was, a relatively inexperienced, deckhand working for a Saudi princess and her family, and cruising through the South of France, down to all the signature places, Monaco, and Portofino, and Sardinia, and Croatia, and Ibiza. My job was to, apart from keeping the boat clean, was to take her children out on the jet skis and drop them off at restaurants in the tender, and pick them up, and sort of supervise when they were in the water or any water sports.

“It was just an incredible experience.

“I'd found something that was just, it was so enticing and it was just so, the romance of it was so incredible, and I thought, "I've got to keep pursuing this and see where it takes me.”

When he returned to Australia, he crewed for James Packer, and before he knew it his own business 'The Superyacht People' was born.

“The average rule of thumb I suppose is about, you know, 10 per cent of the value of the yacht per year is what it will cost to maintain and operate,” he says.

“If we can recover all or most of that through charter revenue, then it really is, it makes commercial sense. Another, I suppose, interesting stat is that the average use of an owner yacht globally per year is only 20 days.

“Then you break it down into what that's going to cost them per day to use their own yacht, it's astronomical. Basically, what I've found is that no one in Australia had set up this charter management type business. It was existing in Europe and existing in the United States, but all the yachts in Australia were self-managed.

“It was about becoming that conduit between the yacht and the outside world. You let everyone sing to their best capabilities. The captain and the crew can run the asset and manage that and have that looking spectacular. We can run the business and the owner can run their business and continue to make their money.”

He says it’s come at a critical time for the industry, as superyachts are expanding in Australia, particularly at the Gold Coast.

“So it's on their way through, they can stop in, get some maintenance done or do their refit and repair, get hauled out of the water. It's much cheaper than doing it in Sydney.”

He says his Griffith business degree has been crucial to his career development.

“If there's ever a sliding door take the more challenging option and test yourself, see what you're capable of,” he says.

“That's the secret, really. Not to let those opportunities pass.

“Have an open mind to every opportunity. Don't dismiss it, don't take the path of least resistance. See what you're made of and you'll surprise yourself a lot of the time.”

Listen to Cameron's story and career insights including everything from living in a tent to becoming an award winning entrepreneur. It's a 19 minute listen - perfect for the work commute.