Bachelor of Asian and International Studies / Bachelor of Communication

Dr Elise Stephenson is an Australian strategist and researcher, who is driven to be an advocate for increasingly marginalised voices, particularly those of women and young people, in Australian international affairs.

For the last decade, she has diligently completed three bachelor degrees, immersed herself in remote and marginalised communities and has strived to created more inclusive, innovative and dynamic Australian and Indo-Pacific societies.

Working from the heart of the Western Desert in the Northern Territory, to the Sydney foreshore and all across the region, she continues to bring her strength in communication, leadership, practical foresight, and the ability to be empathetic and connect with others to help wildly varying projects that are making the most social impact and leverage across Australia and Asia.

Since 2016, Elise has travelled over 65,000 kms around Australia in a self-built, tiny home, for the purpose of working with rural and regional communities around inclusion, access and international-engagement. A recent trip culminated in a collaborative project breaking in brumbies with Bushmob Aboriginal Corporation on the outskirts of the Western Desert, NT.

In 2017, Elise embarked on her fourth tertiary education degree, her PhD. Her research has been focused on women’s pathways to and experiences of leadership, within the context of international deployment and representation across foreign and defence affairs. She has conducted her research in over ten locations around the world, where she interviewed over 80 individuals including the former Australian Prime Minister Julia Gillard and former Australian Foreign Minister Julie Bishop.

Not one to focus on only one major project at a time, during her PhD, Elise put her theory into practise and co-founded a digital social enterprise, Social Good Outpost (SGO). Their business model adheres to a promise that for every ten hours paid work, SGO donates one hour of co-design services to community, women-led, indigenous-led, or LGBTIQ-led businesses. Their work also supports the UN Sustainable Development Goals of Quality Education and Gender Equality.

In the five short years that SGO has been operating, the impact of their work is continually gaining the keen interest of Australian government departments and has received national and international acclaim from organisations such as Impact Boom, the Foundation for Young Australians, the Department of Foreign Affairs and Trade, and ProBono Australia.

As one of the two leading ladies for SGO, Elise has been at the forefront of creating curriculum for business accelerator programs for migrant and refugee women, rural and low SES women, and those from domestic violence situations. Under her guidance, SGO has assisted over 60 non-profits and social enterprises across rural Australia and the Indo-Pacific region to increase their impact and be more competitive in their respective markets.

Elise believes her previous academic and community based research has enabled her to learn complex theories that she can apply to the entrepreneurship sector; in turn helping to create better outcomes, particularly for those marginalised across society.

"At one point, 75% of our clients were in the domestic violence prevention sector, and we have steadfastly aimed to work particularly with women’s and LGBTI+ focused organisations," said Elise.

Her empathetic nature and practical foresight have resulted in her being at the forefront of many ‘first of their kind’ initiatives.

"I one day got a call from the Department of Foreign Affairs, asking me whether I would curate youth-led public diplomacy programs for Australia’s largest public diplomacy program – ‘Australia now’. They had seen my advocacy work in Australian foreign affairs, and also my work running major international events, including the one in the NT and the week-long human rights festival I helped run in Hong Kong, the Human Dignity Festival, held to mark the 70th Anniversary of the Universal Declaration of Human Rights in 2018," Elise recalls.

One of the most powerful programs was held only a couple of months after Brunei had introduced Phase III Sharia Law, which introduced the death penalty for homosexual acts, among other things. As an openly gay woman, with a long history of running LGBTI+ events, as well as conducting research and writing on LGBTI+ rights, she was very nervous.

"I listened to stories of individuals on government death lists, and heard horribly traumatic stories of trying to find a space of safety to exist," she recalled.

Despite her personal reservations and concerns, Elise bravely led her team of young Australian's to deliver the very successful series. Within the first six months of the program, over 3,000 individuals attended across 49 events, held in four countries. They held the first LGBTI+- focused event that was completely open to the public in Lao and ran a series of workshops on domestic violence prevention and community outreach for the Vietnam Government. Elise also went on to talk openly on national radio about topics that remain deeply taboo for parts of the region.

Elise has received numerous awards and recognition for her ongoing work, including being named the Griffith Business School 2020 Outstanding Young Alumnus. However, she remains extremely humble and intends to use such accolades as further motivation and courage to go on.

"The thing about recognition is that it always recognises more than just an individual - it acknowledges social injustices fought and values stood up for in our wider work.

"To me, this is why recognition from Griffith University is so important, as it also recognises the importance of all the things I have worked for - from gender and social equality, to international affairs and creating adaptive, dynamic and strong foreign policy. Recognition is not just the result of a job well done, but it gives the encouragement to continue, what for many of us will be a lifelong journey to create better communities, stronger and more ethical business, and dynamic and inclusive policy. Recognition gives the courage to go on,"  said Elise. 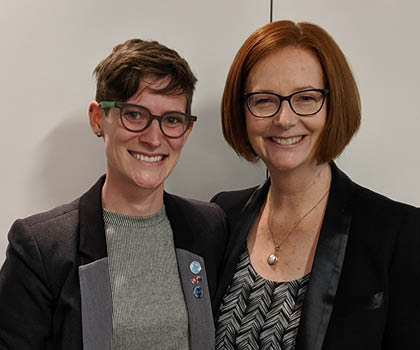 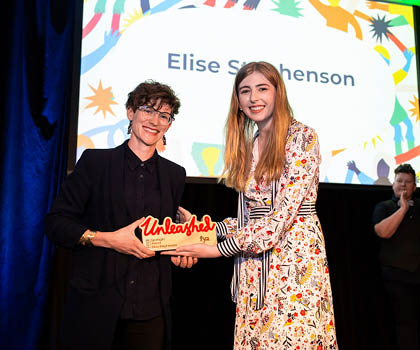 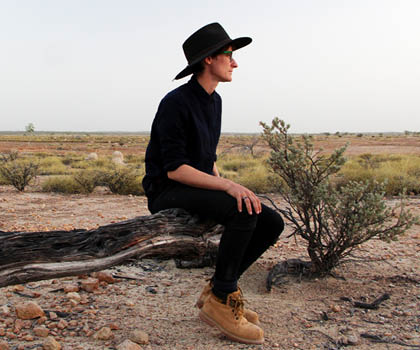 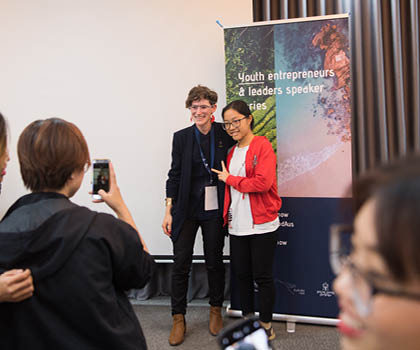 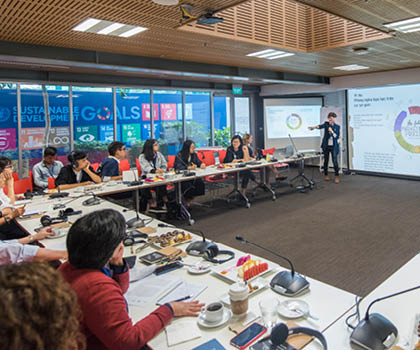