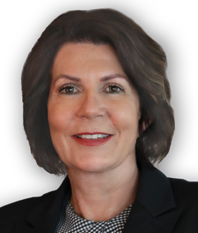 Rachel has served as the Chair of Children’s Health Queensland Hospital and Health Services Board and has chaired the Boards of Jobs Queensland; the Australian Children’s Education and Care Quality Authority (ACECQA), Q-COMP and Legal Aid Queensland. She has also served as the Deputy-Chair of the Queensland Performing Arts Trust Board, and as Queensland’s Public Service Commissioner. Other past appointments include Director of the South Bank Institute of TAFE and concurrently, the Chair of TAFE Queensland.

Rachel has an acute interest in the role social justice plays in economic growth; and the role that education plays in individual, community, and economic development and resilience. Throughout her long career in the Queensland public service, she has played a pivotal role in leading reform in public service policy and institutions, as well as shaping the vocational, education and training system in this State. She has undertaken a range of capability reviews in public sector agencies at the State and Federal levels of government.