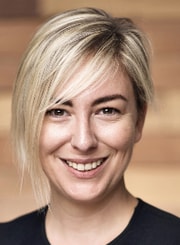 Jessica is an alumnus of the University, having graduated with a Bachelor of Laws (Hons) and Bachelor of Commerce (Politics and Policy) in 2006. Jessica was admitted to the Supreme Court of Queensland as a Solicitor in 2007.

Having begun her career as a media and IP lawyer, Jessica later moved to London, working as an issues and crisis management consultant for global communications firm, Hill & Knowlton. In 2009, Jessica moved to China with her husband. In their five years living in Beijing, Jessica published two novels, Campaign Ruby and Ruby Blues, and worked as a columnist and media commentator.

In 2016, Jessica was appointed Australia and New Zealand Lifestyle Ambassador for Alibaba. Jessica is also ambassador for MS Research Australia.

Jessica is currently a board member for the Australian Agricultural Company and a former board member for eCargo Holdings. Jessica has also recently been appointed as a member of the Griffith University Council.