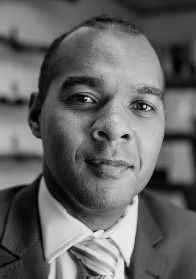 Joshua is a descendant of the Waanyi and Kalkadoon people from North Western Queensland.

Joshua is ranked in Chambers and Partners Asia-Pacific and Doyle’s Guide for his work in the native title jurisdiction. In 2017, Joshua was the recipient of the National Indigenous Legal Professional of the Year Award and was also appointed to the Board of Legal Aid Queensland.

In 2016, Joshua was recognized by Chambers and Partners Asia-Pacific as one of Australia’s Outstanding Young Lawyers. In 2013 he received the Griffith University Outstanding Arts, Education and Law Young Alumnus of the Year Award. In 2009 Joshua was an associate to the late Honourable Peter Dutney in the Supreme Court of Queensland. In 2008, Joshua was awarded the Griffith University Rubin Hurricane Carter Award for Commitment to Social Justice.