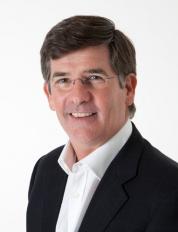 Clinton Dines was born and raised in regional Queensland and went to Griffith University in Brisbane, Australia, graduating in 1978 with a Degree from the School of Modern Asian Studies. He is also a graduate of the Course in International Management at INSEAD in France.

Clinton arrived in China in early 1979 on a post-graduate program arranged by Griffith University and has lived and worked continuously in the Greater China Region for almost 36 years, mostly in mainland China.

Early in his business career Clinton occupied frontline operational and commercial management positions in China with the Jardine Matheson Group, the Santa Fe Transport Group and Asia Securities Venture Capital. In 1988 he was recruited by BHP to be the company’s senior country executive for China and stayed with the group for more than 21 years, retiring as President of BHP Billiton China in July 2009.

Throughout his career Clinton has specialised in both the strategies and business practices involved in negotiating, establishing and operating Sino-Foreign ventures, and in the management and development of foreign-invested and operated businesses in China. In an organisational setting he has developed and overseen processes and teams executing strategic marketing, organizational change, macro and sectoral trend analysis, and business development in China. He was closely involved in one of the earliest Sino-Foreign joint ventures in China in 1980 and he has subsequently been continuously involved in a wide range of joint ventures and wholly-owned investments, business development initiatives and commercial operations across a variety of industries and regions in China.

Clinton is a fluent Mandarin speaker and after 14 years in Beijing relocated to Shanghai in late 2002 to run the merged and restructured BHP Billiton China operations from there. He was a prime mover in the establishment of the Australian Chamber of Commerce in China in 1993 and chaired that organisation again from 1998 to 2000. He is a Founding Governor of the Capital Club in Beijing, served as President of the Board of the Shanghai Community Sports Club for nearly a decade, was a founding Member of the Oriental Mining Club Board and has been involved in various charitable and not-for-profit organisations. In 2006, he was the only non-Chinese person invited by the Beijing Organizing Committee for the Olympic Games to sit on the judging panel to select the design for the Beijing Olympic Medals and he was also named by the Australian Olympic Committee to be the Attaché to the Australian Olympic Team for the Beijing Olympic Games in 2008.

He is currently a Non-Executive Director of Fonterra Cooperative Group, Zanaga Iron Ore Company, Freedom Road Travel and Port of Newcastle. He is also a member of the Griffith University Council.

Clinton is married to Jeronia Muntaner, another long-term resident of China from Spain who is a Montessori Teacher Trainer and has worked for the past 8 years in Chinese orphanages as a Program Director for the Half the Sky Foundation. They have three children – a son and two daughters - the youngest of whom was adopted in China.

Clinton and Jeronia relocated their family base from Shanghai to Brisbane in December 2014.